Another day, another bit of serendipity. This one comes via my newly met second cousin, once-removed, Dana. I don’t believe I’ve ever actually met her (yet), but my uncle mentioned my blog to her (thanks, Dan!) and our common interest in family history quickly became apparent.

Dana’s father and my grandfather were brothers. Dana saw my posts about my grandfather on a pony (next to her father on his bicycle), and my grandfather in his dog-powered cart, and they made her think of a photo she had of the Prettyman boys in their homemade airplane. She sent that photo along to me, along with a painting she did of the photo. 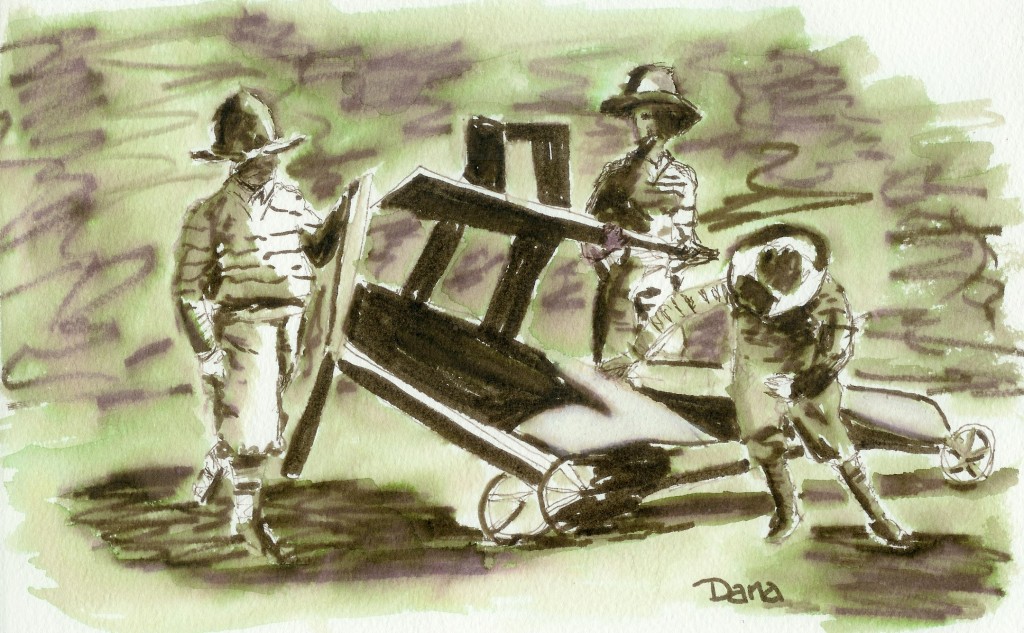 According to a scan of an article Dana forwarded along (below), which reproduces the photo along with a caption written by the son of Joan Renée Prettyman (the younger sister of the three Prettyman boys: Bob (Robert Austin), Bill (William Eugene), and Arch (Richard Francis)), the youngest brother (Arch) did a test flight of this questionable flying machine from the roof of their garage in Wadena, Minnesota. 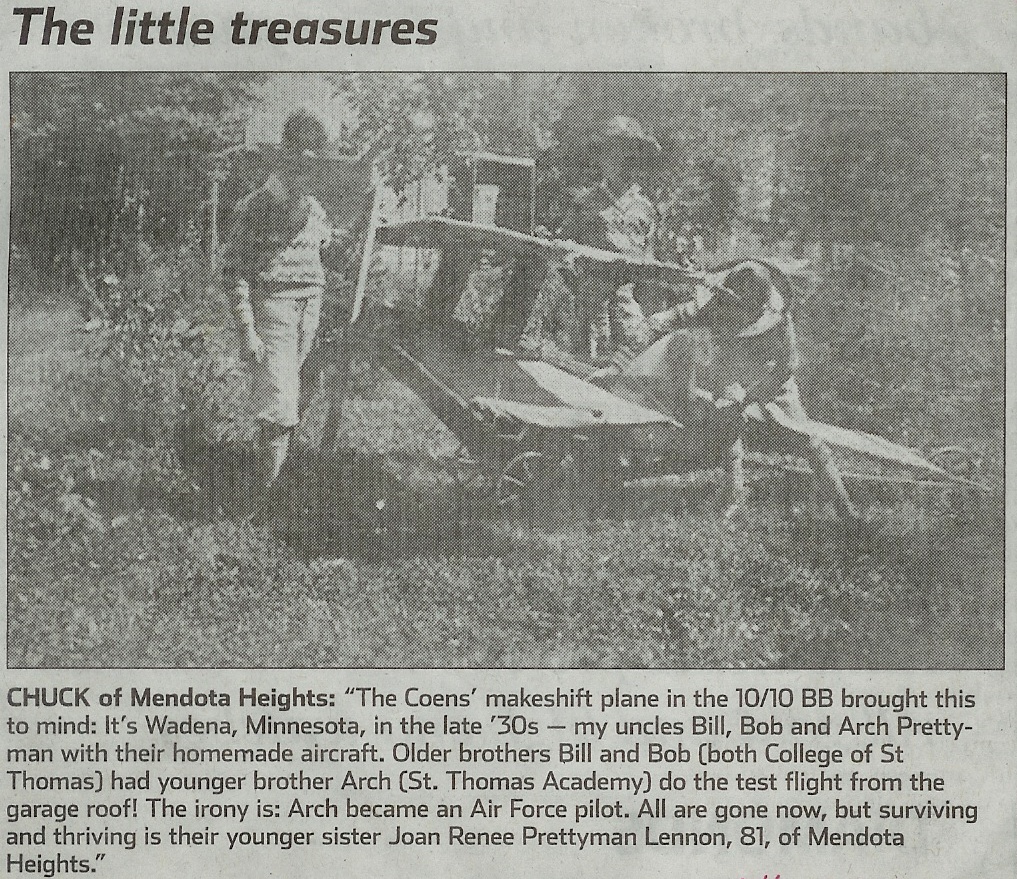 If you know anything else about this story, or have similar stories to share, please leave a comment!