About five or six years ago, my mother gave me an 8 x 10 print of a group of poor but spirited children standing in front of what I assumed was their house. The print appeared to be a fairly modern one (I’d guess it was made within the last 40–50 years), and there was no information written or printed on the back. I had never seen the photo before, and my mother said she thought it was probably family, although she didn’t know who the children were.

About two decades ago, my aunt and uncle made modern prints of some older family photos, so I thought perhaps they made this print and would know more about the identities of the children who were pictured. When shown the photo, however, my uncle said he had never seen it before.

I scanned this photo over two years ago, and since then, I’ve shown the image to most every family member I’ve visited. No one has so far recognized the photo or known the identities of the children in the photo, although some similarities were seen between my paternal grandmother and the girl on the viewer’s right, and my maternal great-grandmother and the oldest girl at the top center (neither of whom met the other until my parents got engaged). 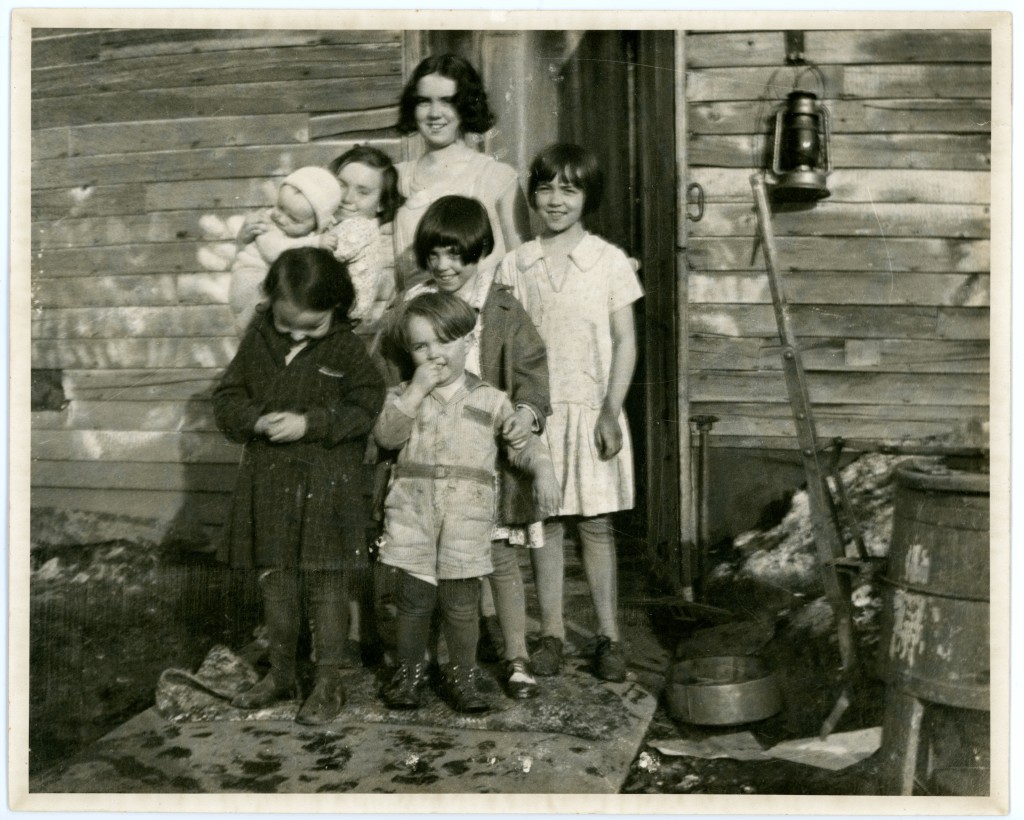 I’ve had this photo framed and hanging on my wall for a few years now, hoping I’d eventually be able to figure out who these enigmatic children were. I’ve estimated ages and looked through my database for families—or even sets of cousins—whose ages and sexes would fit their profile, but I kept coming up empty.

I once again set this image aside, figuring I’d take another look in another year to see if anything I’d learned in that year would shed light on the identity of these children.

On a completely different note, my father’s been going through the photos he’s taken over the last 50–60 years and organizing and scanning them. He recently finished scanning several thousands of color slides, and he’s now working his way through his negatives. He’s been emailing me some of the more interesting and relevant images.

For the most part, these negatives are of my mother, my sister and I over the last 40–50 years, family vacations, weddings, family friends, car shows, still life images and artistic shots. Many of the latter were experiments or assignments my father had completed. For a time, my father had hoped to make a career out of photography, and had taken several photographic courses to improve his skills. One of the courses he took was a correspondence course called the Famous Photographers School, which ran from 1961 until 1972.

Anyhow, my father has been scanning his negatives according to size, and he’s recently started to work on some oddball sizes. He recently sent me an email about one particular negative he found that he couldn’t immediately identify:

I believe this was a negative by Dorothea Lange in the 30s from Famous Photographers School for me to print as an exercise. I’ve tried to confirm that, but haven’t been able to. It may be by another WPA photographer.

To that email, he attached a scan of the negative he was referring to:

So, mystery solved—for the most part. While he’s fairly certain that the negative was sent to him as part of the Famous Photographers School, it sure would be nice to tie a neat bow on this mystery by linking this negative to the portfolio of a known photographer such as Dorothea Lange.

My father sent a follow-up email:

I think I still have the Famous Photographers books. I will check to see if it is there. I’m not sure if I kept the feedback on my work. That would settle it one way or the other.

If you recognize this image or know of any good resources for identifying the photographer, please let me know in the comments section below.