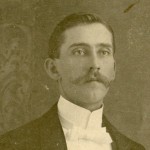 I thought I’d have a change of pace for today’s post. Rather than researching a single photo, I thought I’d gather together a series of photos I’ve got of someone I’d like to know more about; in this case, my great great grandfather Frank Scott.  I’ll lay out the photos I’ve got and the approximate dates of each, and we’ll get to see what Frank Scott looked like through time.

The earliest image I can find of Frank Scott is the tintype pictured below.  If Frank was about 15 or 16 in the photo (my guess), then this was taken around 1885. 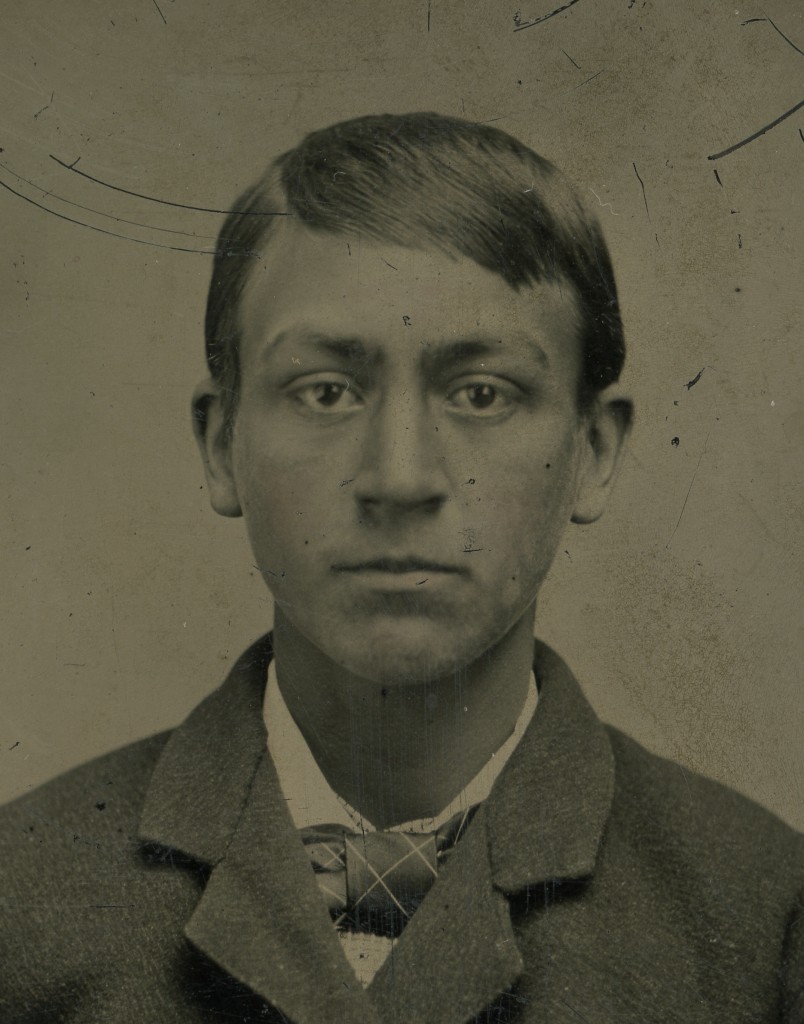 The next oldest photo I have of Frank Scott is his wedding portrait.  According to the 1900 census, Frank married Margret McAllister around 1893.  He would have been about 24 years old in this photo.  Had these two portraits not already been identified as Frank Scott, I would not have guessed they were the same person. 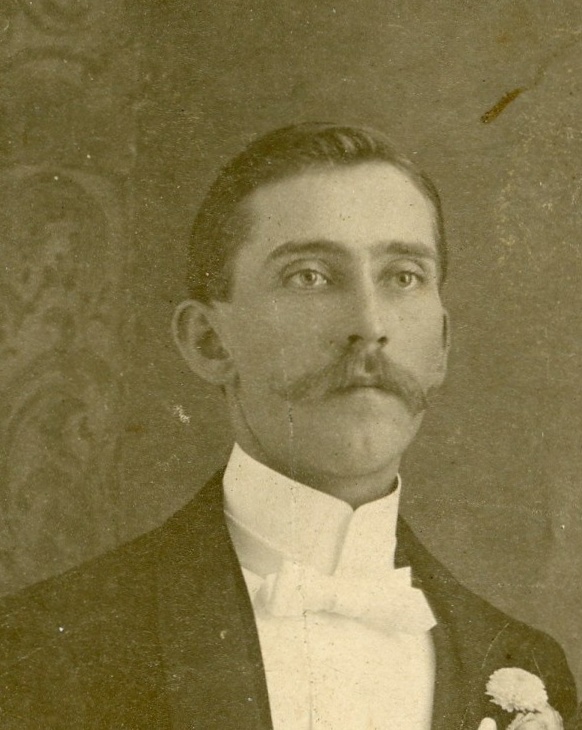 In other posts on this blog, I discuss the series of Washburn, McLean County, North Dakota roadbuilding photos I found, and make a case for the photos having been taken around 1915-1918.  If we assume the following photo was taken in 1917, Frank would have been about 48 in this image.

In August, 2012, my grandmother Harriet Prettyman gave me a photo album that appears to have been Frank Scott’s own photo album, filled with images taken by his friends.  These photos were not dated, but many others in the album were, having dates ranging from 1922 to 1928, with most dating from 1922 to 1924.  In the shot below (cropped here), he was posing with his daughter Cassie, who looks like she could not be older than 20 years.  She was born in 1904, so I’m going to assign a date of around 1924 to this image.  He would have been about 55 in this image.

The following image is from the same album and the same general time period. 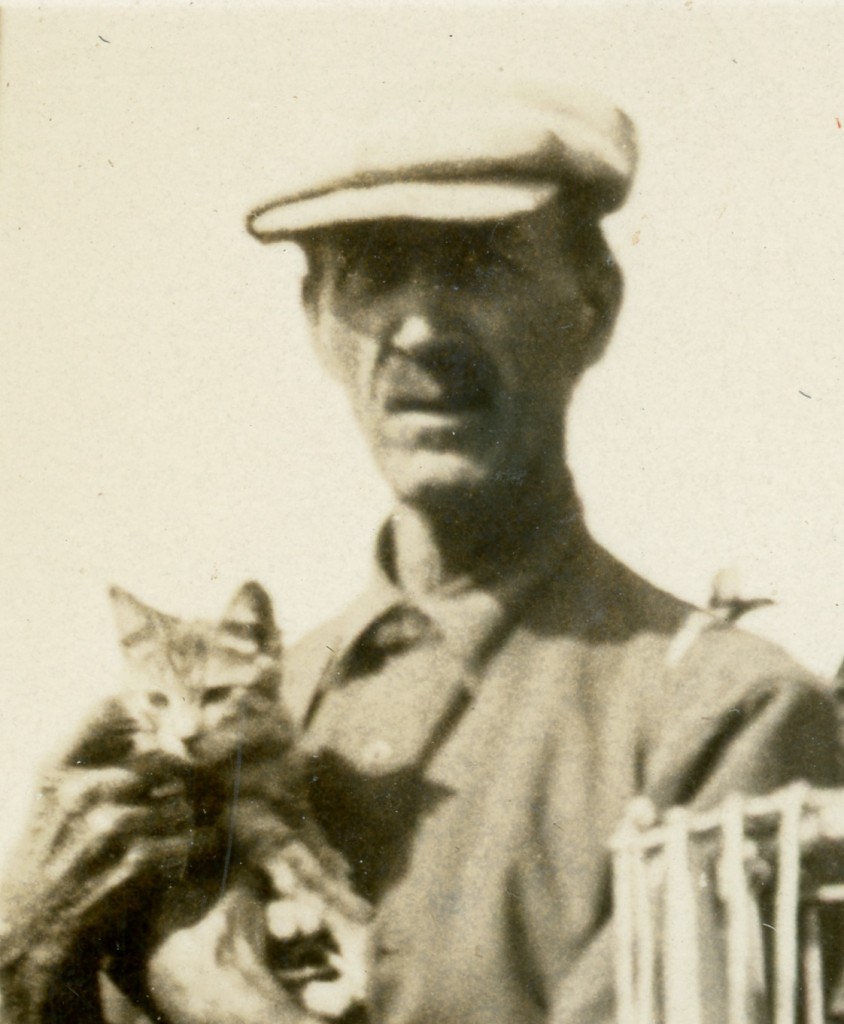 He was quite fond of animals, especially cats, according to Harriet Prettyman.

While I was showing a number of unidentified scanned images to Harriet Prettyman in April, 2012, she identified the following picture as being Frank Scott in his later years. Frank died on October 30, 1937, so I’m going to estimate that this photo was taken ca. 1934-1937.  He would have been about 65-68 in this photo. 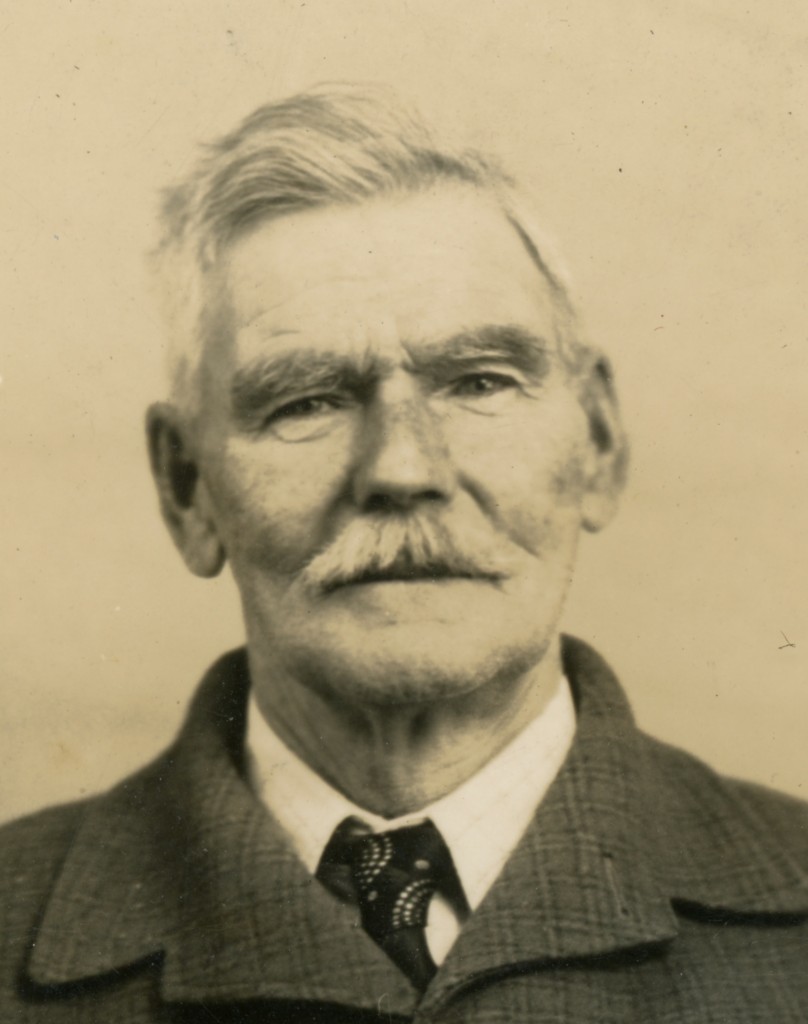 Finally, I found the following photo in Harriet Prettyman’s family photos, and I suspected that it was a very old Frank Scott.  Harriet also thought it was Frank Scott, but she said she couldn’t be sure.  If it is him, this photo would probably be taken at the very end of his life, around 1937.  He would have been 68 years old. 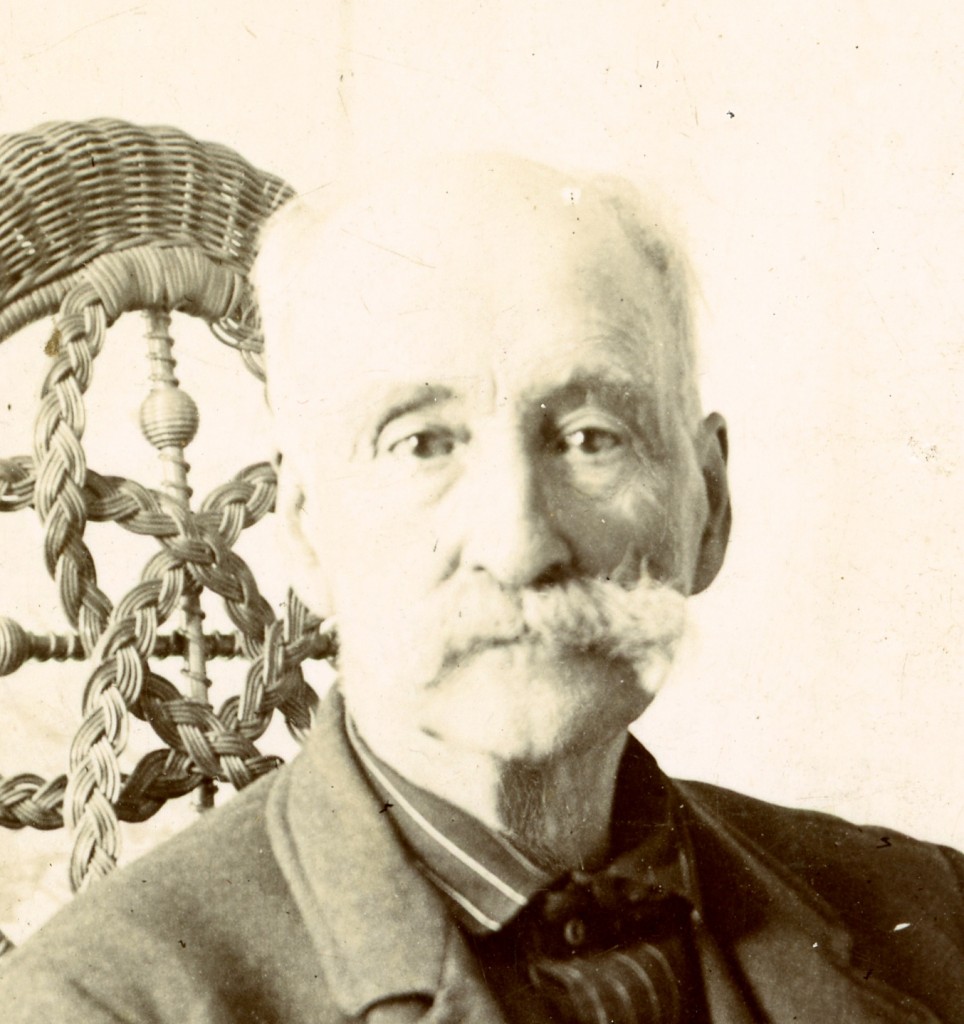 I see similarities between Frank as an older man and Frank as a younger man but, to me, the image of Frank of his wedding day still does not look like the same man as in the other photos.  However, the wedding day photo and the last photo share the same distinctive chin cleft. In the second-to-last photo, his eyes appear to be set at an angle with respect to his mouth, a trait that I don’t see in the other photos.

Tell me what you think—are these photos all of the same person?  Why or why not? And let me know if you have any other photos of Frank that can fill in some of the blanks!