My grandfather, William (“Bill”) E. Prettyman, and my grandmother, Harriet E. Askew, may have known of each other before they each separately left their shared small home town of Wadena, Minnesota, but they didn’t truly meet until their paths crossed in Oakland, California.

My grandmother came out to the San Francisco Bay area around 1941, when she was 19 years old. She came out with her sister Mary and Mary’s husband Howie, as Howie was looking for better work, and Mary was excited to go west, but didn’t want to go without someone in the family to go with her. Harriet thought the idea of California sounded great, so she agreed to go with Mary and Howie.

At some point in 1944 or shortly before, Harriet’s half-uncle Bill Askew (who was only four years older than Harriet, so he probably felt more like a cousin) was on shore leave while his ship was docked in the San Francisco Bay. He wanted to pay a visit to Harriet and her parents—his half-brother, Clyde, and his wife Gert (who by now had moved out to Oakland as well)—and he took along a fellow Wadena native he knew, Bill Prettyman. The two hit it off, and saw each other whenever he was able to get leave.

On November 3, 1944, about six months before they married, Bill Prettyman and Harriet Askew were on a double date with Bill Askew and Valborg (“Vollie”) Berdahl, the woman Bill would marry 7 days later, on November 10, 1944. On their double date, they went to The Cascade Room of the Lake Merritt Hotel in Oakland, California. While there, a photographer from Hollywood Nite Club Photos took their photo. 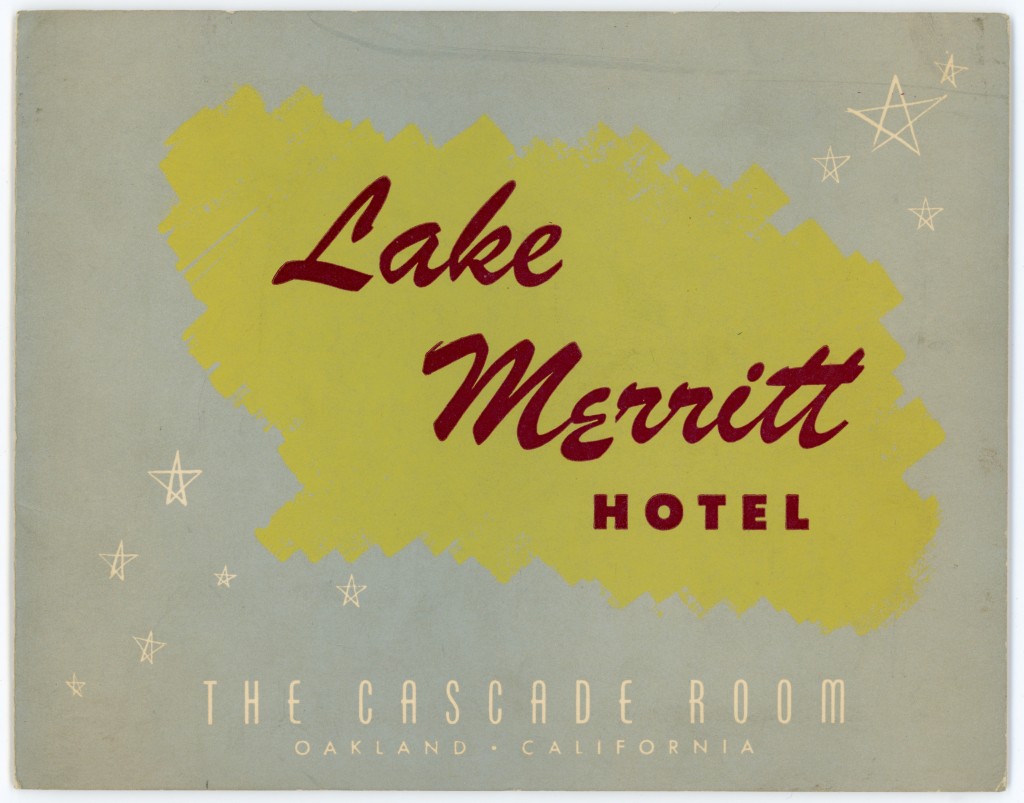 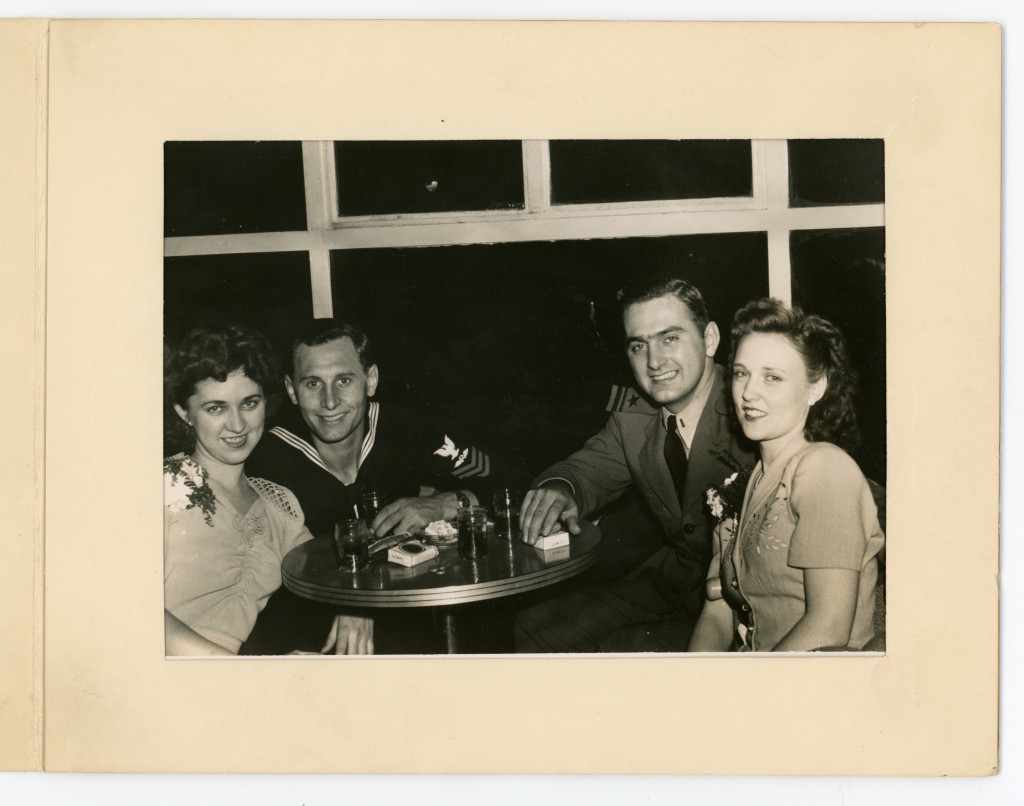 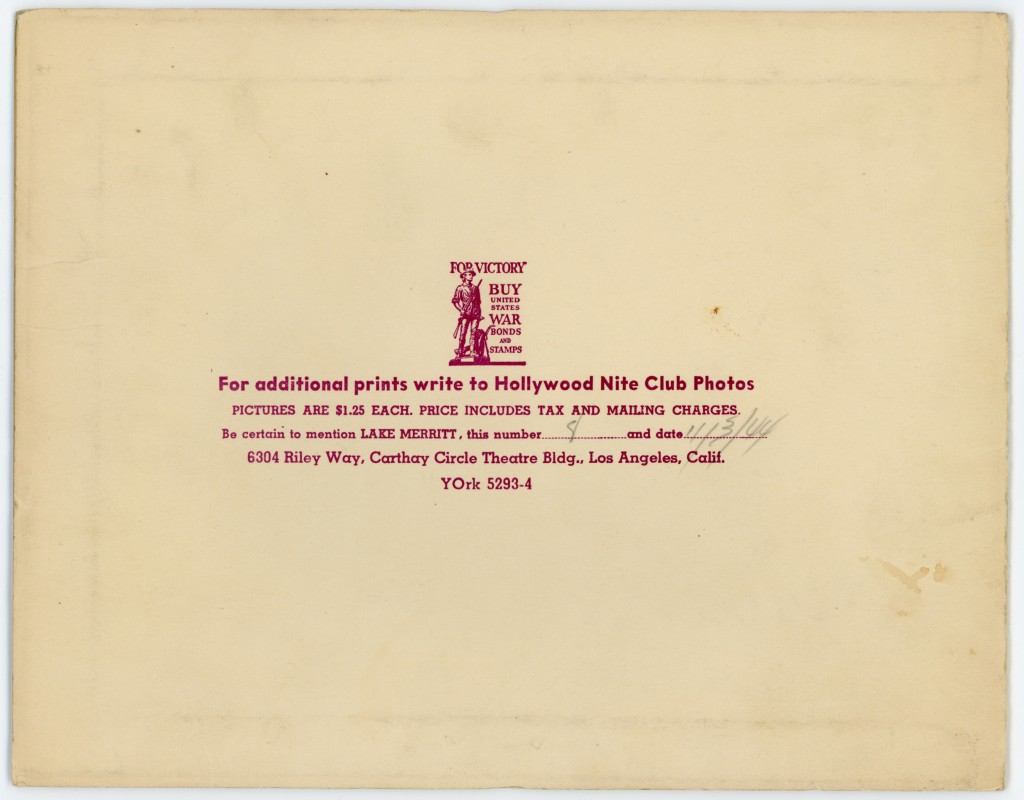 The Lake Merritt Hotel is a Mediterranean Art Deco building situated on the western shore of Lake Merritt, and built in 1927. It was the most expensive of the 29 residential hotels built in Oakland between 1927 and 1929 (immediately before the stock market crash). It survives today as an extended stay hotel, located at 1800 Madison Street. The Cascade Room was an art deco supper club with a panoramic view of Lake Merritt. The Cascade Club still exists, but is now called The Terrace Room.

Apparently Bill and Harriet liked the Cascade Room, as they were there on at least one other occasion, as witnessed by the next photo: 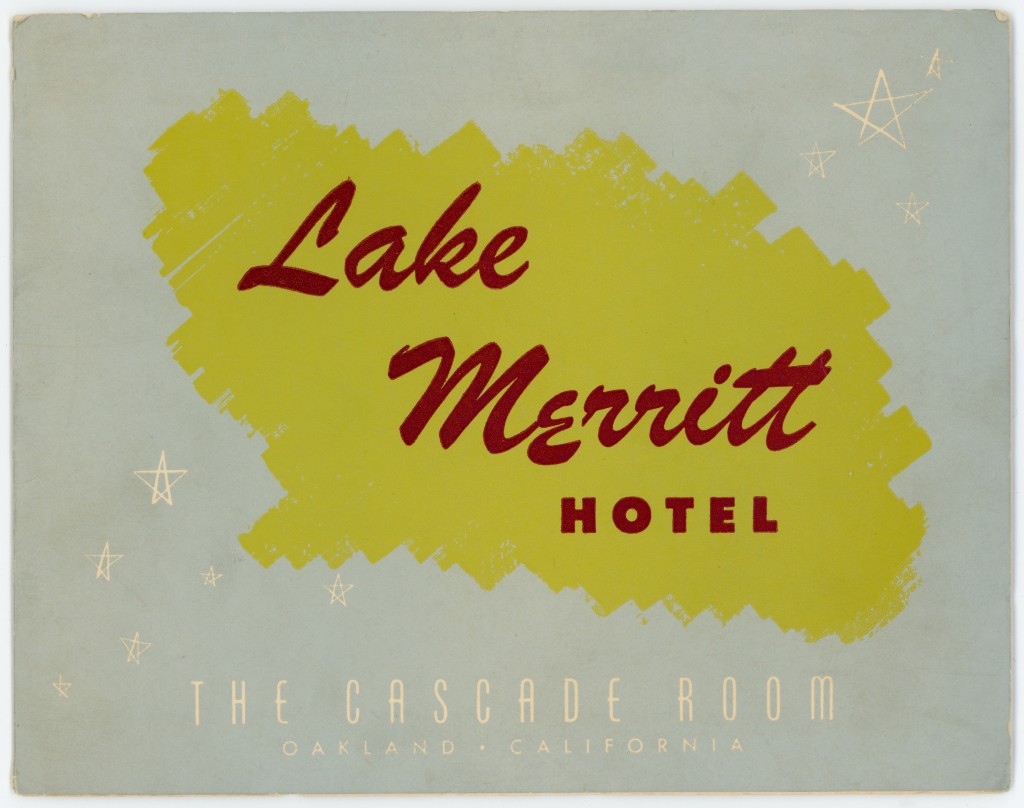 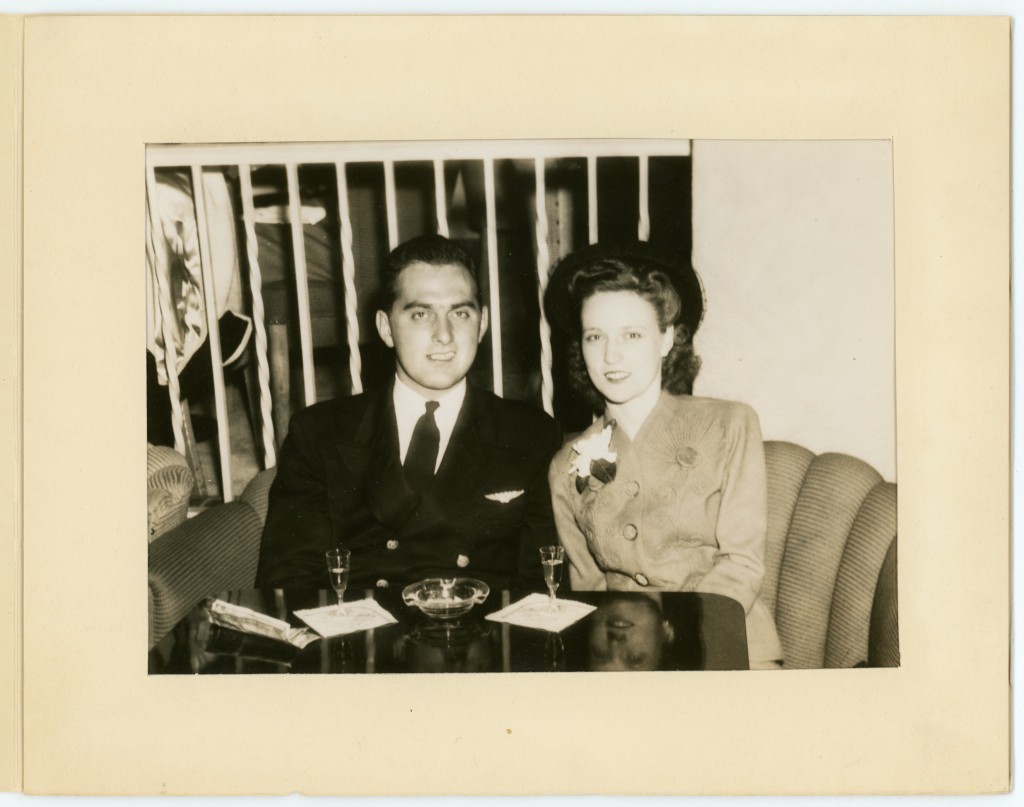 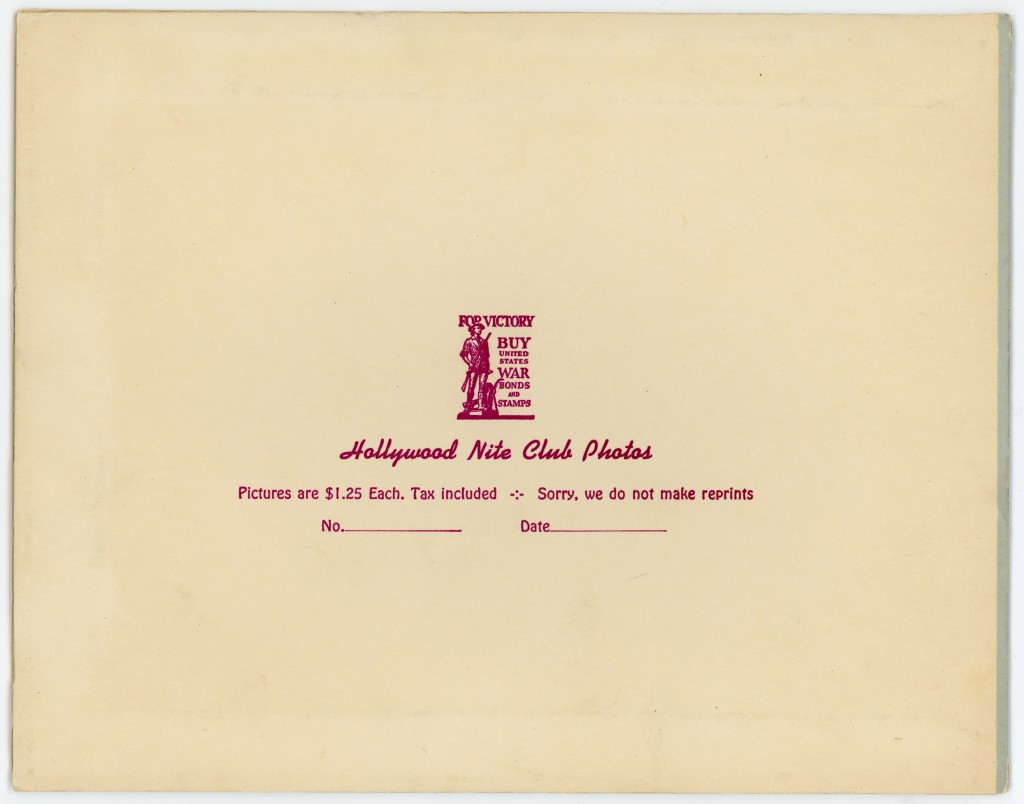 Below are a few period views of the Hotel and environs. 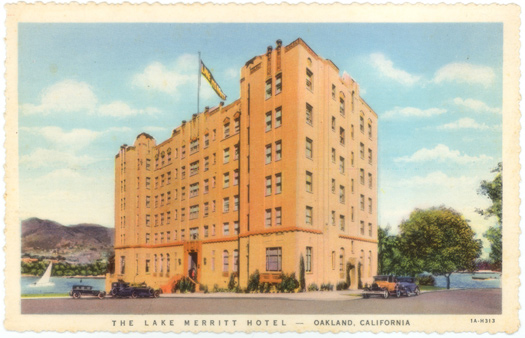 The Hotel as it appeared in 1928, shortly after it was completed: 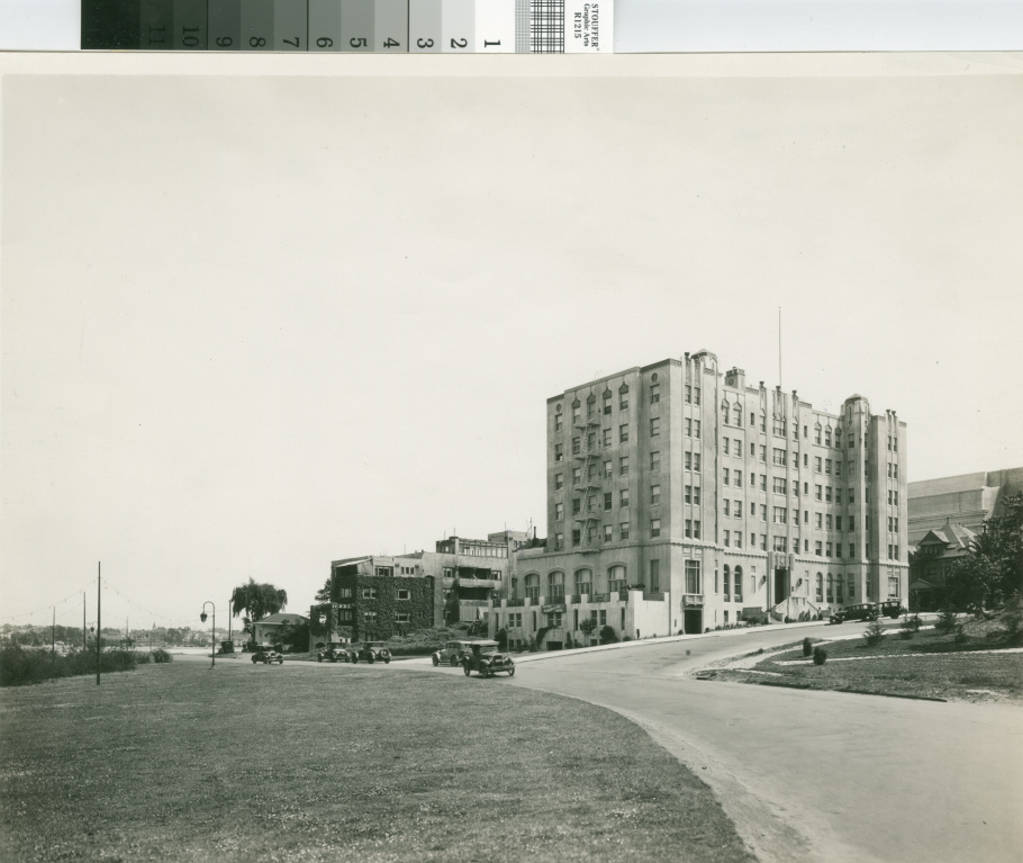 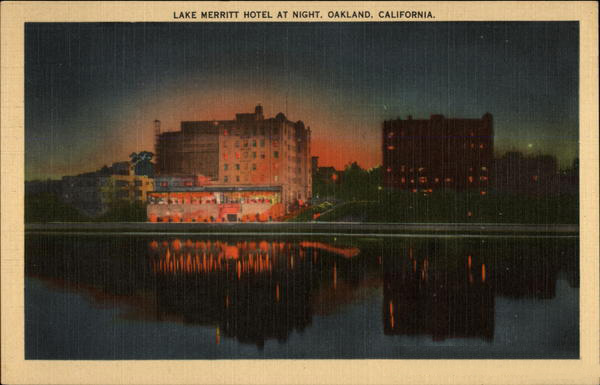 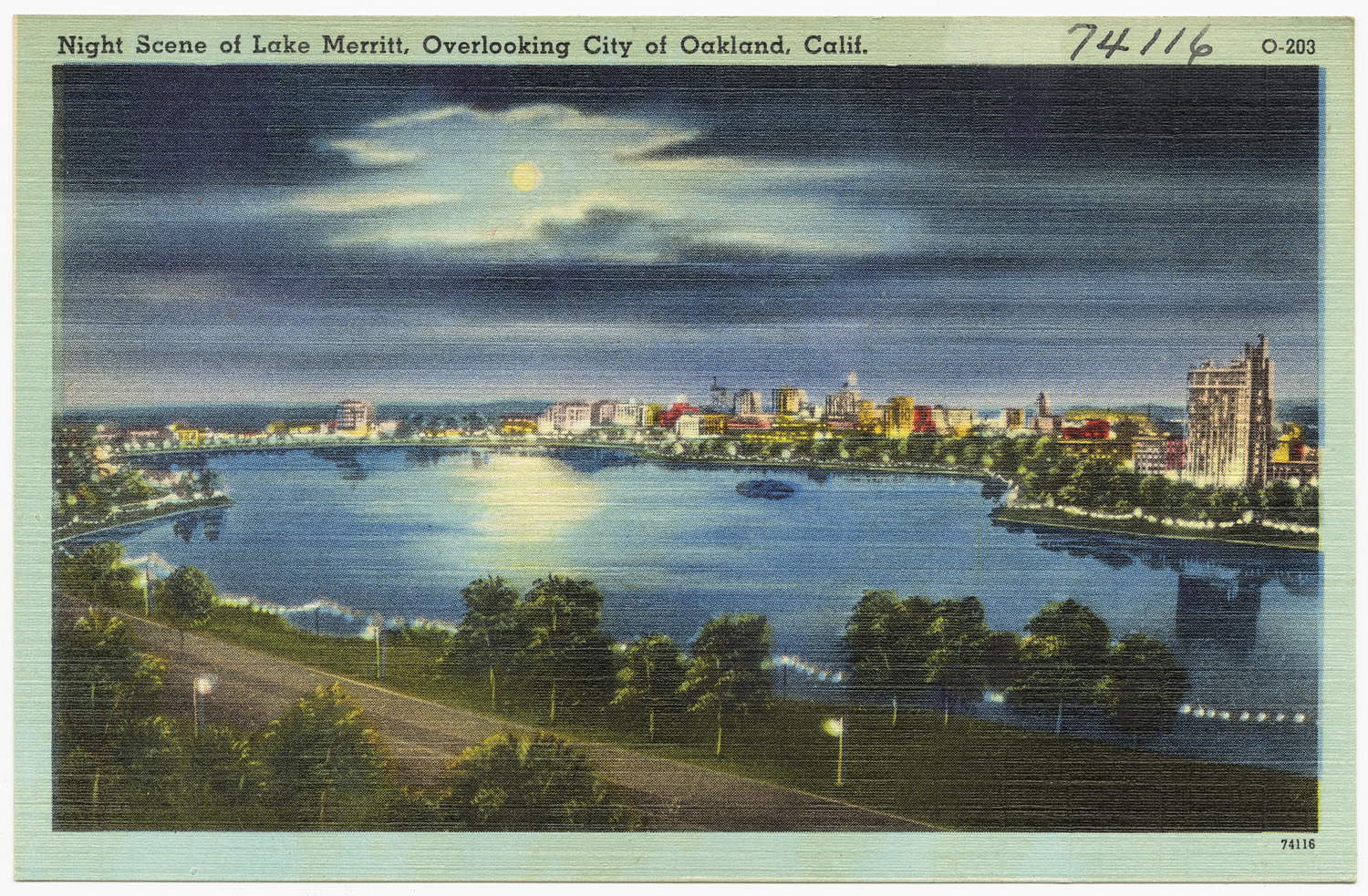 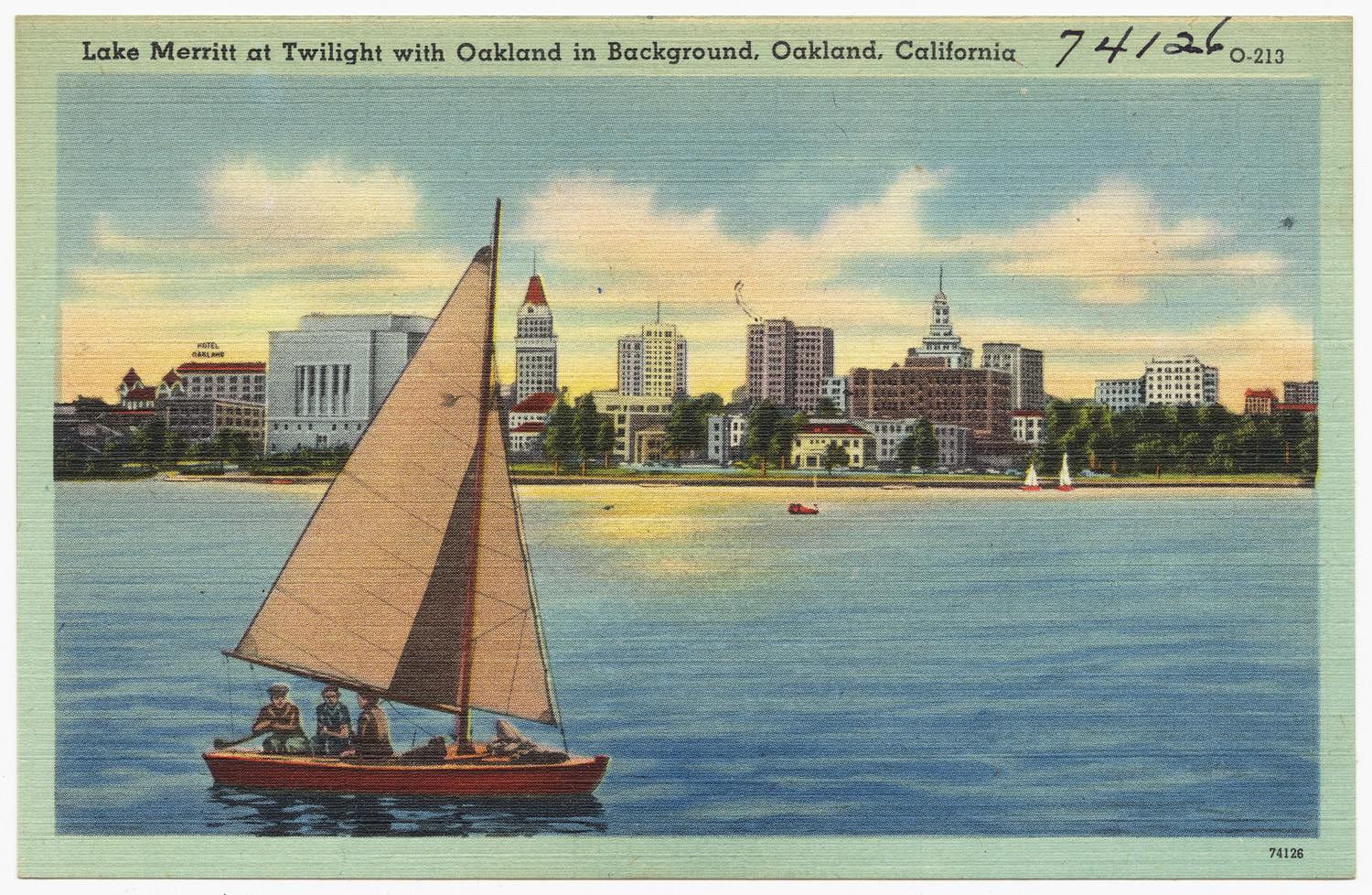