Today’s mystery photo is only partly a mystery. Well, mostly a mystery, really. But I do know some things about the photo.

In this photo, a dashing gent in a flat cap, knickerbockers, a leather car coat and argyle socks is showing off a pan of something while posing between two women. The hats and clothing of all three is evocative of the fashions of the Roaring Twenties (roughly 1925–1932), and the little bit of the automobile that we can see also looks like a 1920s-to-earliest-1930s model. 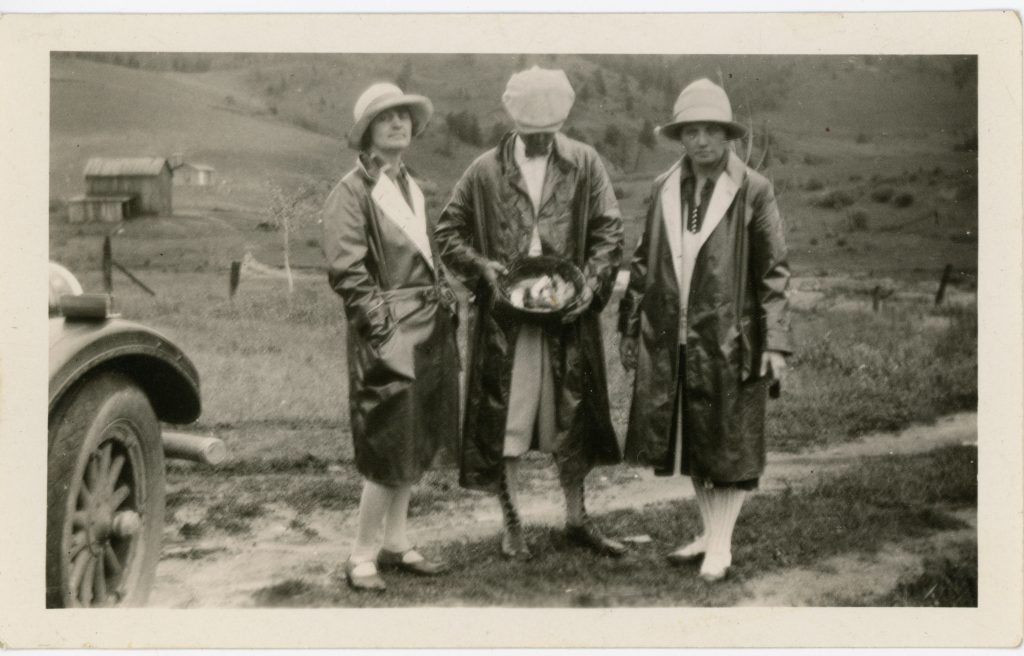 The landscape they’re pictured in looks more like the rolling hills of my own haunts in coastal California (and for that matter, coastal Oregon and Washington) than what I know of Minnesota topography based on my own meager 10 days experience in that state a few years back. Where I travelled by car—from St. Paul to Wadena, Otter Tail, Todd, Douglas, and Hubbard counties—was pretty much flat. I don’t remember seeing anything like the landscape in the photo.

The hilly landscape as well as the farm buildings, wooden fence, general grassiness and lack of trees have this rural scene reminding me of a ranch or a dairy farm. As C.A.’s dad was a dairy farmer, perhaps this was a trip down memory lane for C.A., as he traveled back to a place from his childhood.

Here are the big questions I’m looking to answer:

In addition to these, there are dozens of less pressing questions, such as what’s in that pan he’s holding, and what kind of car is that?

I’ve got at least one other photo of C.A. and Rose and their automobile, below: 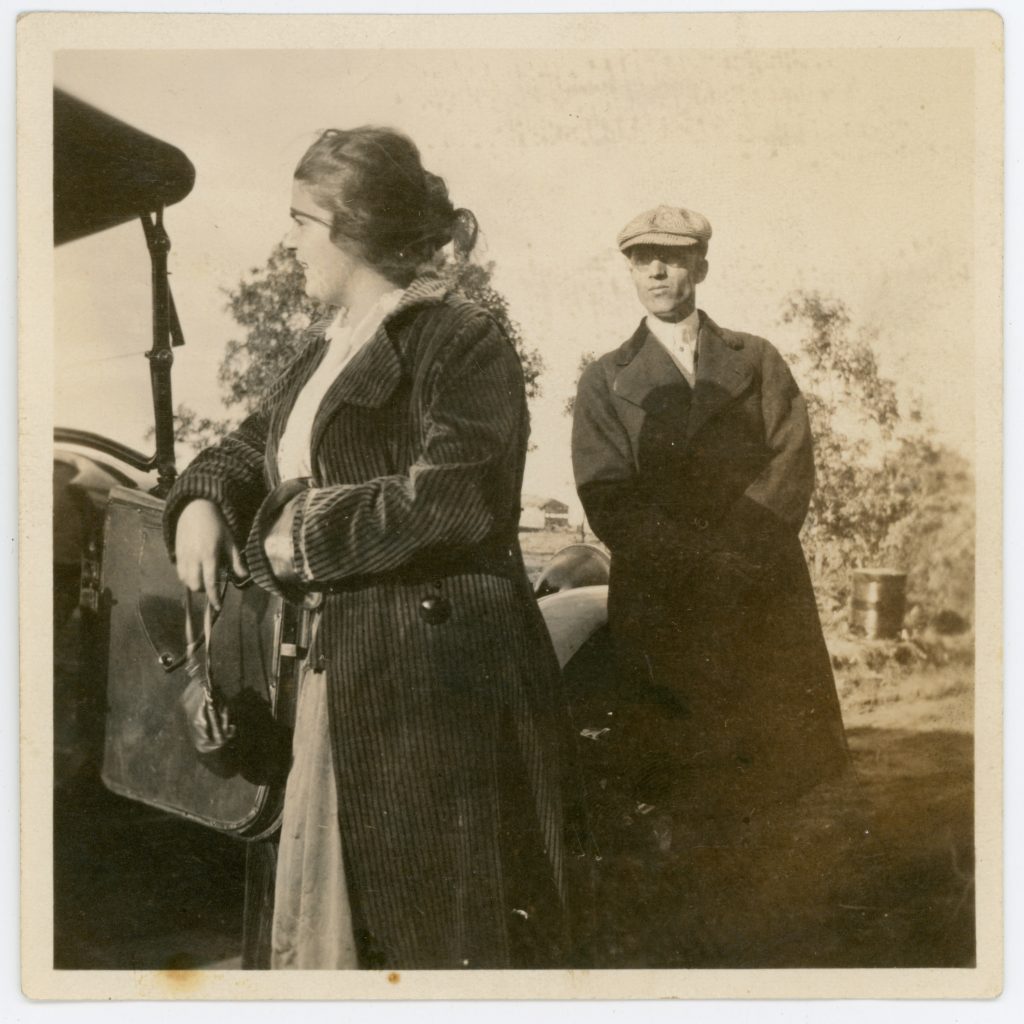 If you have any answers or ideas, please let me know by leaving a comment below. Thanks!