Skip to primary content
Updated 2013-08-03: Details of Hattie’s death and burial have been revised. Incorrect details have been left in, but stricken out, and revisions are highlighted in blue. 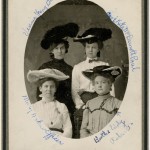 On August 7, 2012, Harriet Prettyman gave me a few of her older family photos, including the photo pictured below.  The woman in the lower right of the photo is my great-great grandmother, Hattie Eddy Askew.

Hattie Eddy Askew lived a short life, dying at the young age of 33.  She died on February 14, 1909, at her farm home outside Casselton, North Dakota. She died as a result of a sudden and unexpected heart failure following an illness of about a week’s duration.  Not only did her grandchildren never get a chance to meet her, but her own children were only  1 ¾, nearly 9, and 12 ¾ years old when she died, so they also didn’t get much of a chance to learn about their mother as a person.

This is only the second definitive photo I’ve found of Hattie Eddy Askew, which is why I’m interested in learning as much as I can about this photo.  What follows is a log I kept of my initial research on this photo. 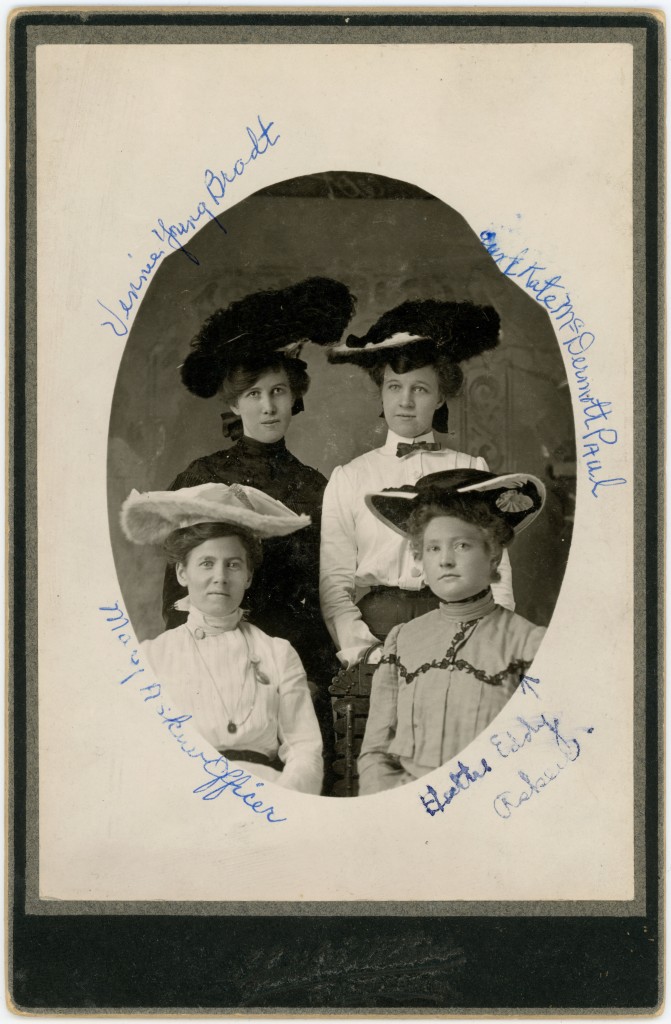 At the bottom of the photo, the name of the studio is debossed into the backing card: “Smith & Wilkins, Park Rapids, Minn.”

There is no writing on the back of the photo, but on the front four names are written in a blue ball-point ink.  The names written around the photo are:

When and where was the photo taken?

Park Rapids wasn’t a big city, but it was about twice as large and twice as populated as Menahga.  It had a population of 1,313 in 1900 and 1,801 in 1910.  To give you an idea of what Park Rapids looked like at about the time the women had their picture taken, below is a view of Main Street in Park Rapids taken around 1910 (top), a street scene taken around 1909 (middle), and a view of Main Street looking north around 1913 (bottom). 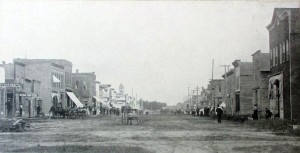 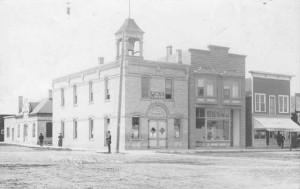 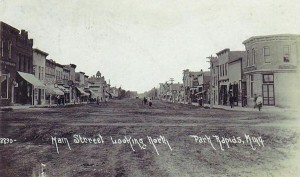 Who are the other women?

On the 1900 U.S. census for Menahga village, Minnesota (see image below), Samuel C. Askew (Hattie’s brother-in-law) and his family were enumerated in dwelling 11.  His two next-door neighbors were his parents (Jane and Joseph Askew, dwelling 10) and the Young family (dwelling 12).  In 1900, Vennie Jane Young was 15 years old and was living at home with her parents and brother.  At the time of this photo, Vennie would have been 19-21 years old. 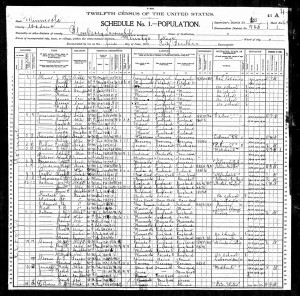 Vennie’s father was W. W. Young, an older, Canadian-born man with a English-born wife who was 16 years his junior (they married when he was 35 and she was 19).  W.W. and Elizabeth A. Young had two children, Vennie J. (15) and Wilfried R. (9). Despite the fact that Menahga was a small town (just over 650 people in 1900, mostly children) where most men were either farmers or day laborers, Vennie’s father’s occupation was listed as “Merry Go around” proprietor!

Vennie married Charles L. Bradt around 1903, when she was 19 years old.  The couple was living in Wadena, MN, in 1900, but later moved to Park Rapids.  In 1920, Charles was the Deputy Register of Deeds for Hubbard County, and in 1930 he was the Clerk of Court for Hubbard County.  The couple lived out their lives in Park Rapids, and are both buried there, in Greenwood Cemetery.

Mary A. Askew appears to have been a cousin of Samuel C. Askew who immigrated to the U.S. in 1893 and was living with Samuel and his family at the time of the 1900 census (see image above).  A few years later, she married Irvine E. Officer (according to the 1930 census, Mary was 30 years old when she was first married; since she was 55 at the time of the 1930 census, she would have been married around 1905).

The only McDermott in my family tree is Anna C. McDermott, Samuel Clarence Askew’s wife.  Perhaps Kate is Anna’s sister, or cousin?  I could find no McDermotts or Pauls on the 1900 census for Menahga village, MN.

How did these women know each other?

Samuel C. Askew appears to have been a common thread among these four women:

So from the perspective of Hattie Eddy Askew, these three women were:

Who annotated the photo?