I find myself languishing in the genealogical doldrums after a few months of inactivity, and I need a project to put some wind back in my sails. As it so happens, I finally heard back from the General Society of Mayflower Descendants (GSMD or just “Mayflower Society”) about their preliminary review of my application, which was based on my pedigree showing descent from Mayflower passenger John Alden, as well as his wife Priscilla Mullins, and her parents William Mullins and Alice Atwood.

The genealogist performing the preliminary review stated that the first six generations of my submitted pedigree—from John Alden (ca. 1599–1688) to Seth Vinton (1756–1853)—had been conclusively proven by earlier genealogists, so I would not have to re-establish those facts. What I would have to do, however, is conclusively establish my direct descent from Seth Vinton in order to qualify for membership in the Mayflower Society.

So six generations have been taken care of for me by others, but I have to document the last eight generations to a standard of proof acceptable by the Mayflower Society. Let’s go!

Here’s an overview chart of the line I’m trying to document, as well as which portion still needs to be proven (note that in this and subsequent posts I will not be displaying the names of living people): 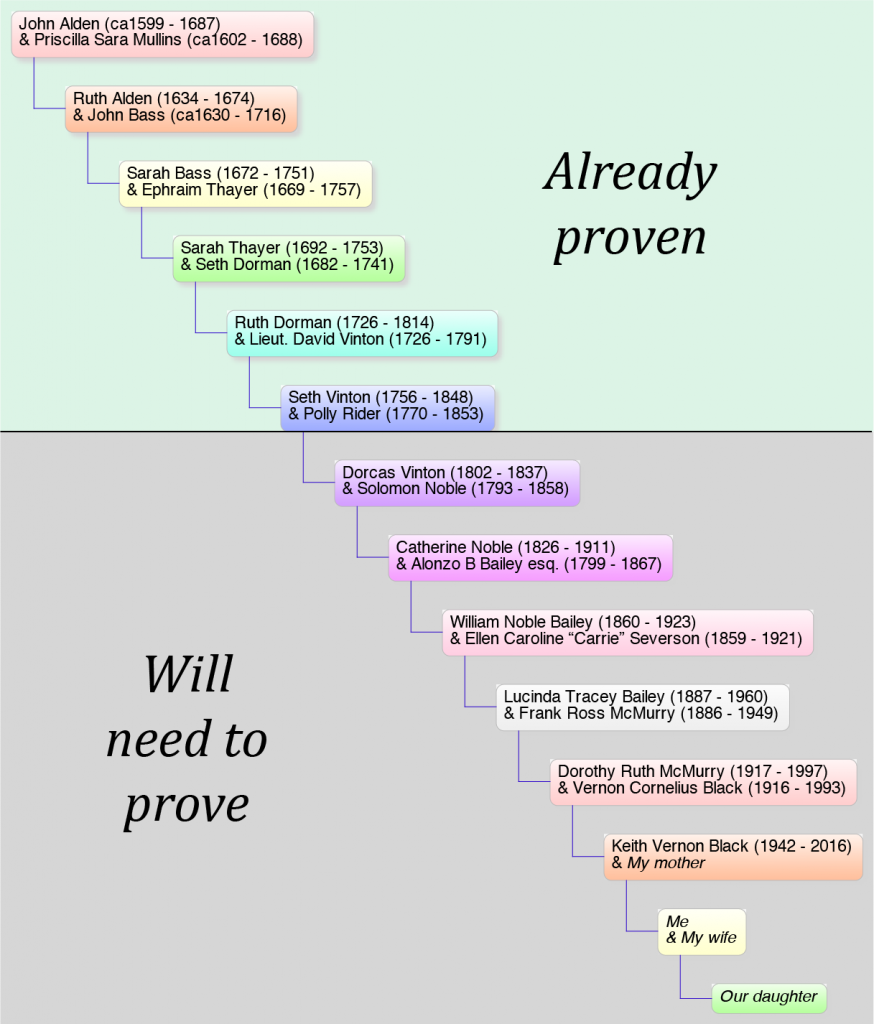 Here’s a list of the basic facts that I believe I will need to support with accepted documentation: