The more I research our family members who were alive during the Civil War, the more I realize just how profoundly the Civil War affected our family. The number of family members who enlisted and fought in the War is impressive enough on its own, but when I tally the number of ancestors who came back wounded or chronically ill, later dying of their injuries, or who died while at war and never returned home, I begin to realize just how horrible that war really was. By any measure, the Civil War was the most devastating war this country has ever experienced: 625,000 deaths (some say as many as 850,000 dead), an average of 600 deaths every day, and a full 2% of the total population killed (not just 2% of fighting-age men; but 2% of the total of men, women, children, the elderly, everyone). Furthermore, two-thirds of these Civil War deaths were due not to combat, but to disease—dysentery, malaria, cholera, pneumonia, measles, typhoid, and tuberculosis were the deadliest of these diseases, causing slow, lingering deaths.

I’ve written several posts about my 3rd-great-grandfather, Horace L. Scott, including one about how he contracted tuberculosis in 1864 (from which he died in 1870) while taking part in the Red River Campaign in Louisiana. Horace’s tuberculosis became active around April 1, 1864, and as a result, he was unable to do much besides very light work for the rest of his short life. While he was too sick to fight or even do much work, he was not given a medical discharge. He continued with his unit for another 16 months until he had served his full three years. But last night I discovered he wasn’t the only member of his family fighting in the war.

Last night, with the help of the super sleuthing skills of my wife Tasha (or perhaps “the sleuthing skills of my super wife Tasha” is more accurate), I discovered that Horace’s father, Hiram Scott, also enlisted to fight the war, serving in the same company and regiment as his son (Company C of the 95th Illinois Volunteer Infantry). Hiram enlisted in October, 1864, but for only a single year of service. Did Hiram enlist because his son was ill and he wanted to help him out? Did Hiram just want to help end the war? Were there other reasons? I don’t know if I’ll ever know the answers to these questions.

What I do know, however, is that almost exactly one year to the day after his son fell ill with tuberculosis in the swamps of Louisiana, Hiram himself succumbed to disease (“chronic diarrhea”—almost certainly dysentery). He died in an army hospital in New Orleans and was buried in St. Bernard’s Parish, at the eastern end of New Orleans, in what is now Chalmette National Cemetery.

It must have been a tremendous blow to Hiram’s wife, Mary; in the space of less than a year, this war took the life of her husband and left her eldest son so chronically weakened by tuberculosis that it claimed his life, too, just a few years later.

The pages I present below are from his wife Mary’s claim for her widow’s pension. These pages are rich with new details about Hiram and Mary’s family. From these documents, I learned that Mary was left with just one child besides Horace, a boy named Winfield. Among the many other new facts I absorbed, I learned that Mary’s maiden name was Millard and that her parents were named Orey and Polly Millard (my 5th-great-grandparents!). There are even signatures of Mary, Orey, and Polly Millard contained in these pages. 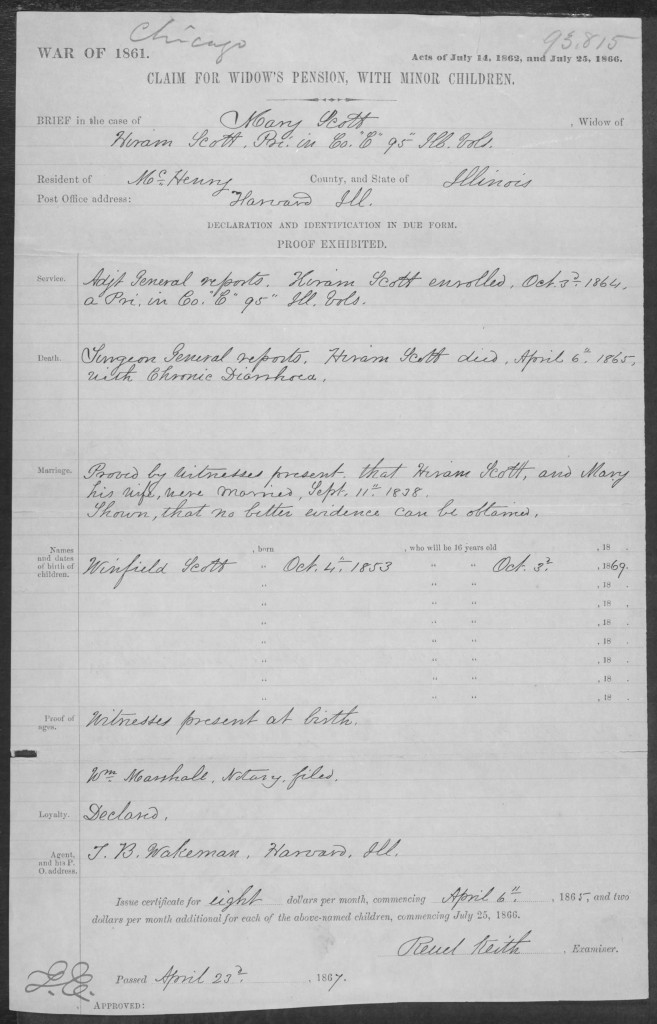 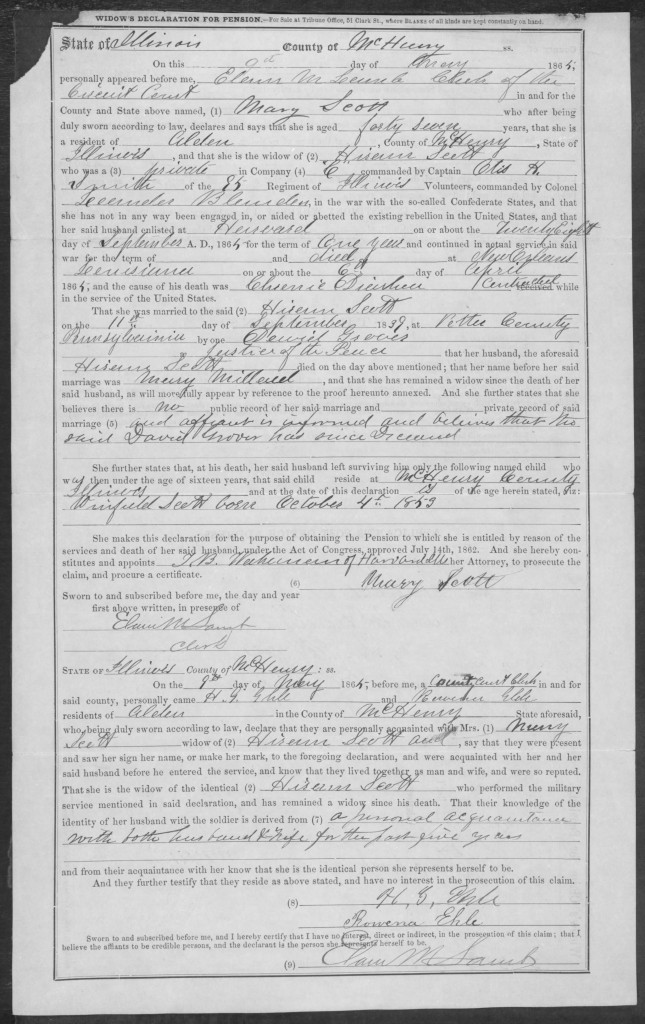 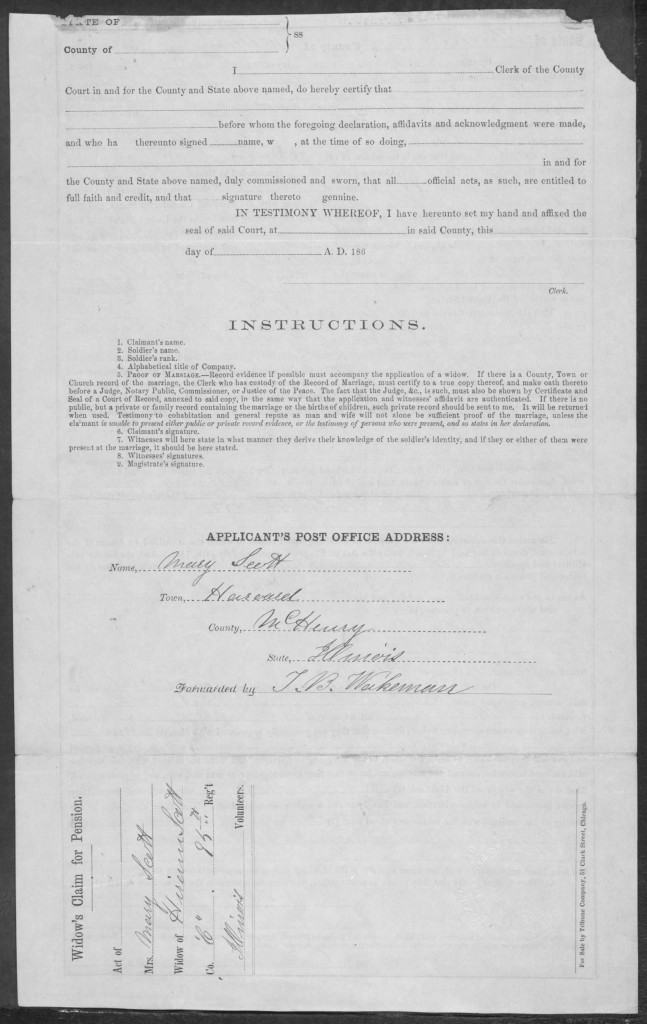 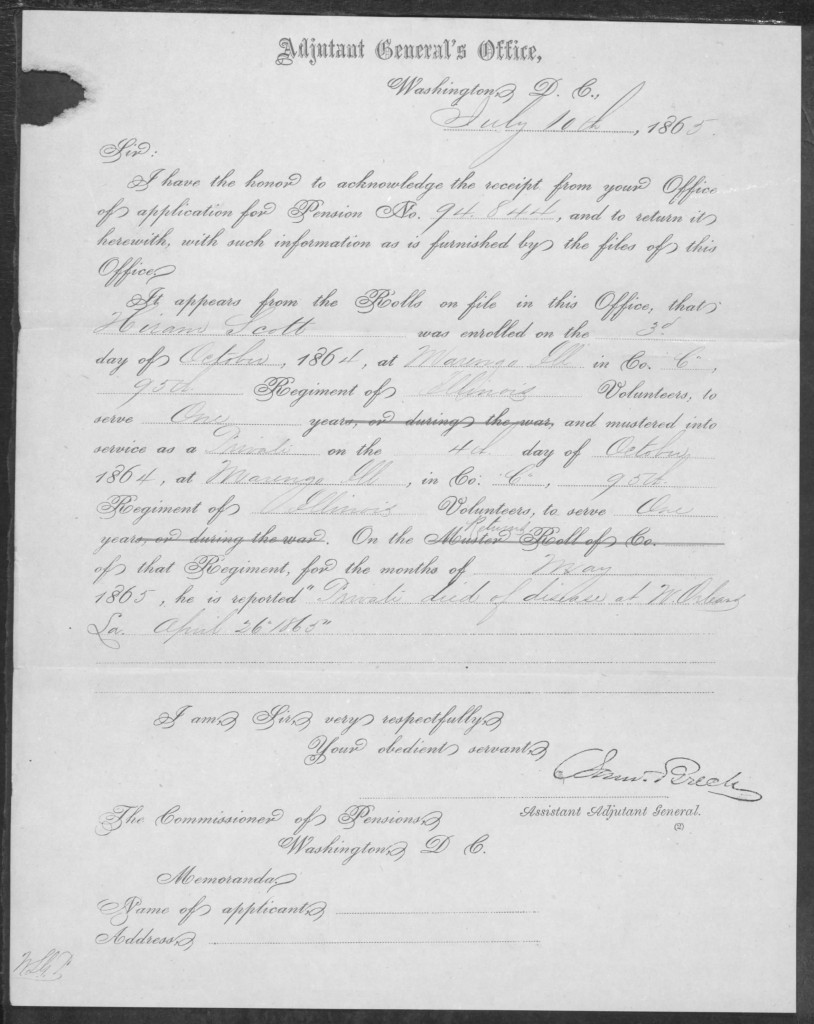 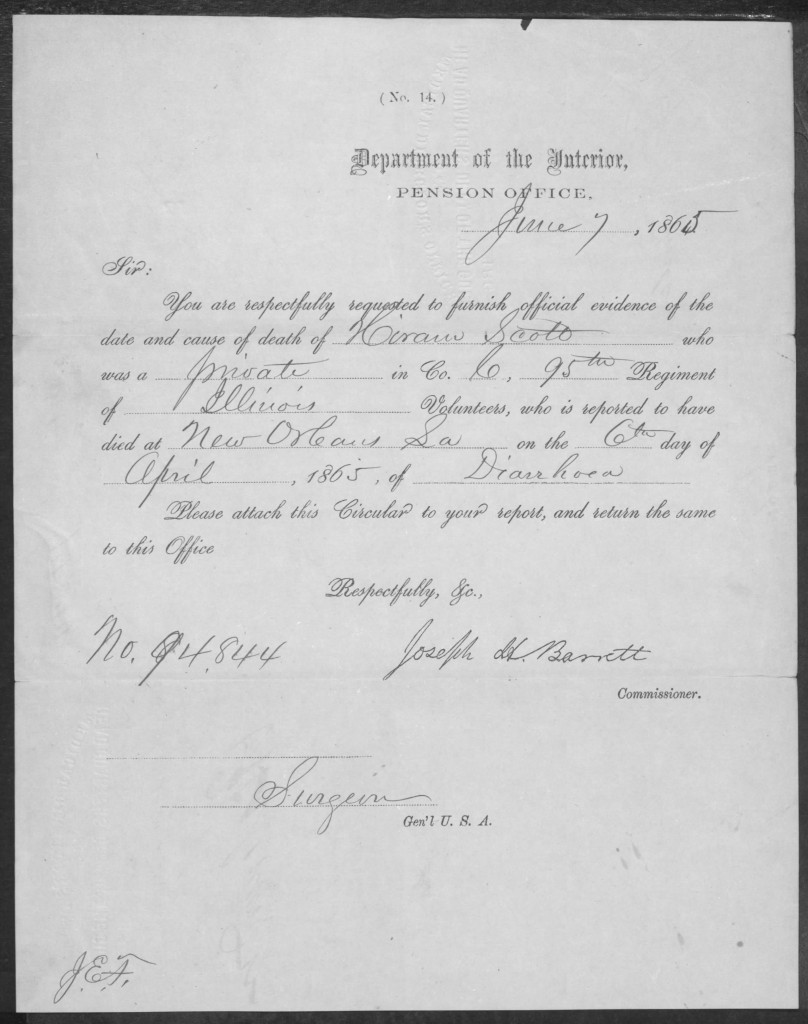 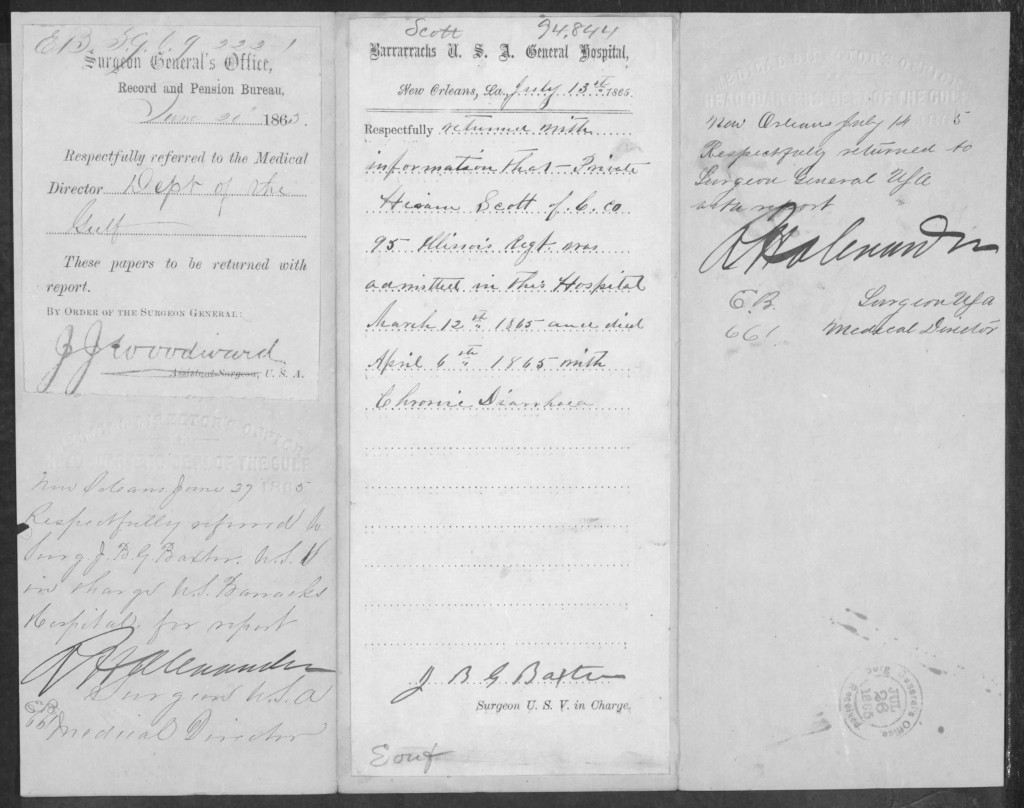 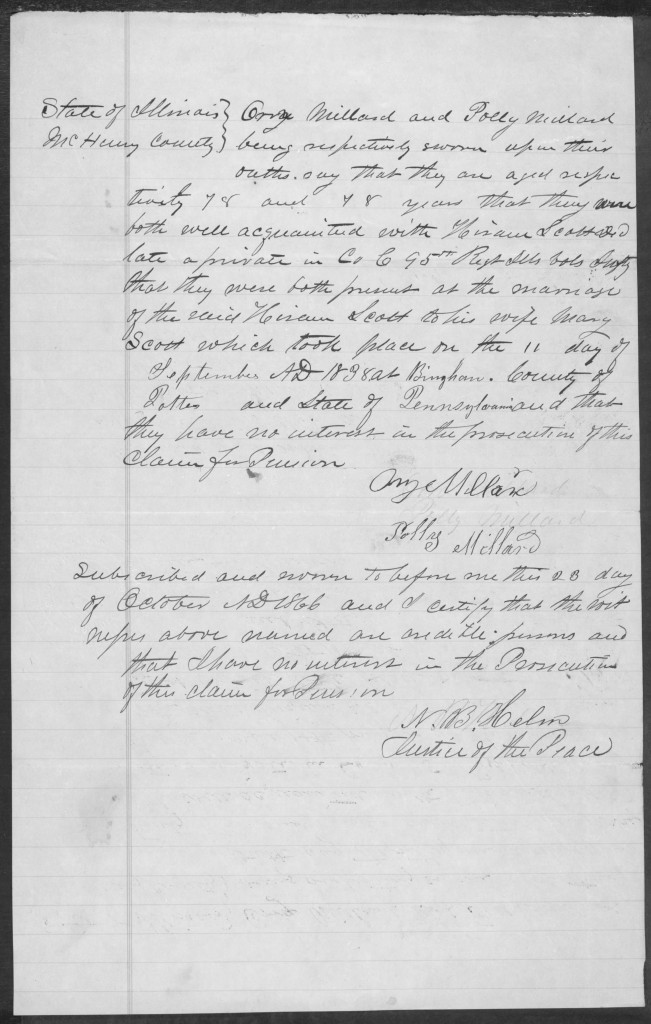 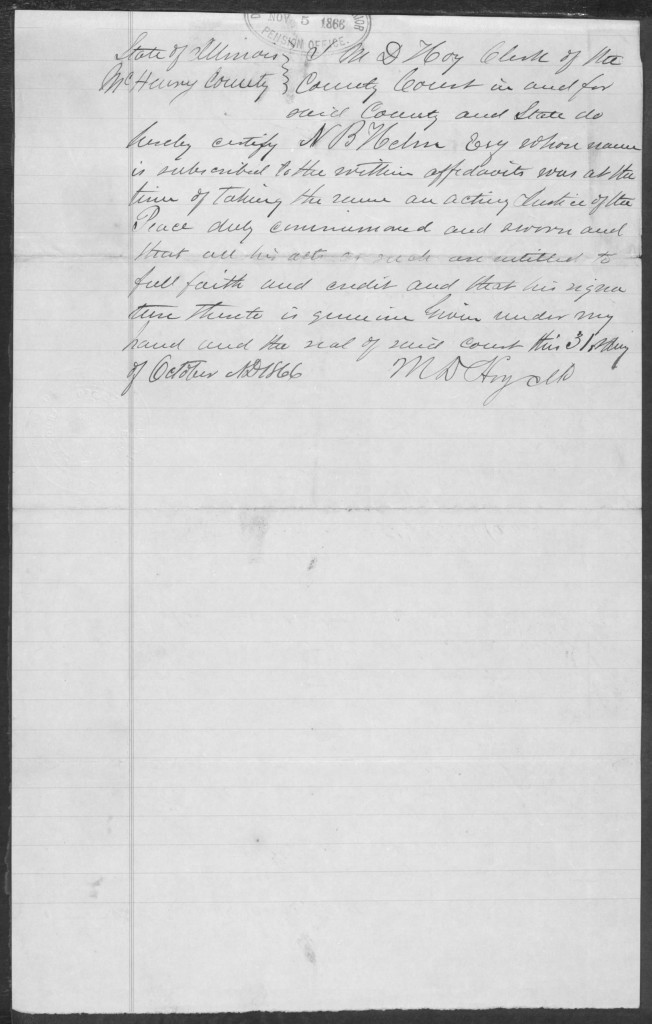 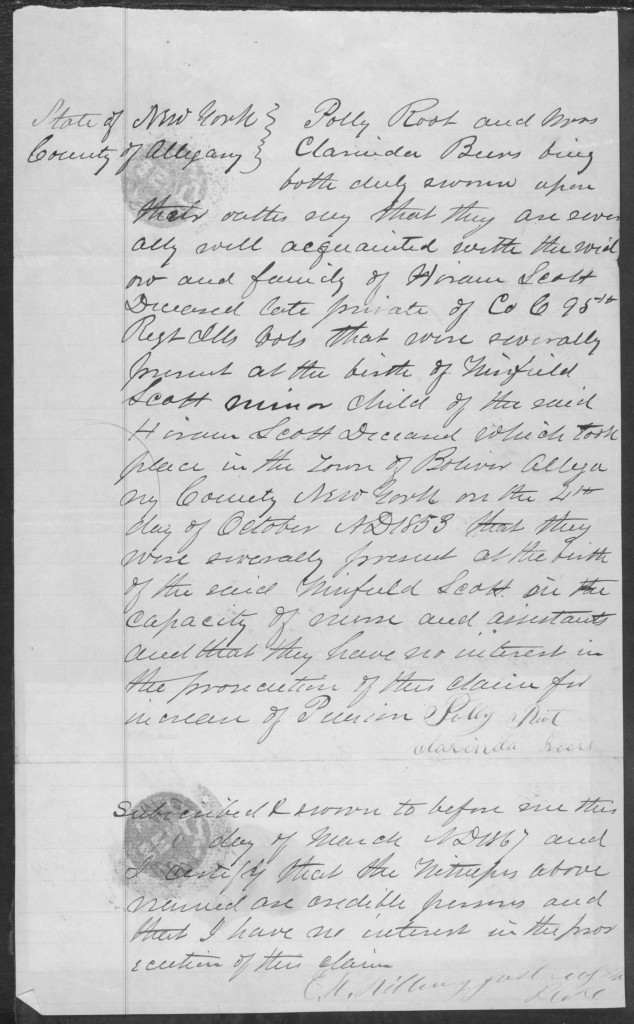 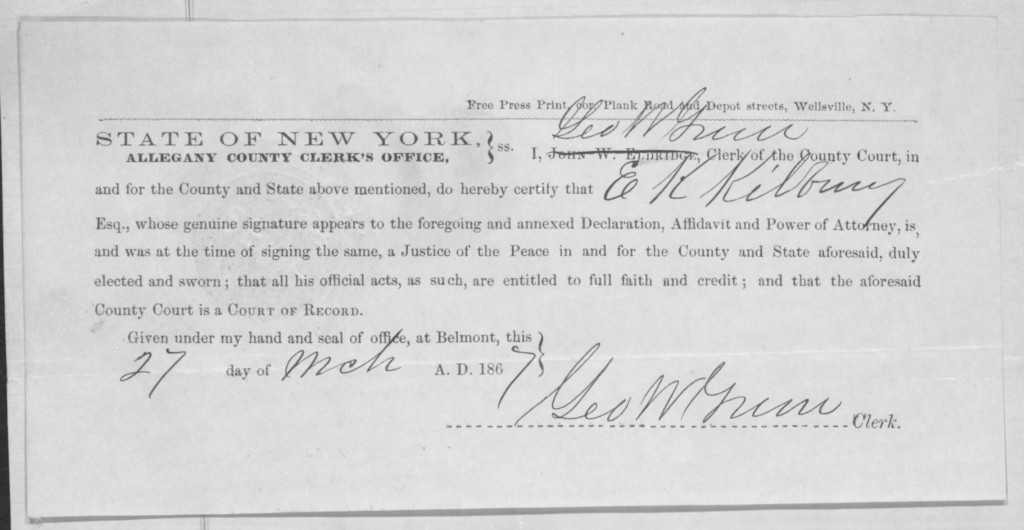 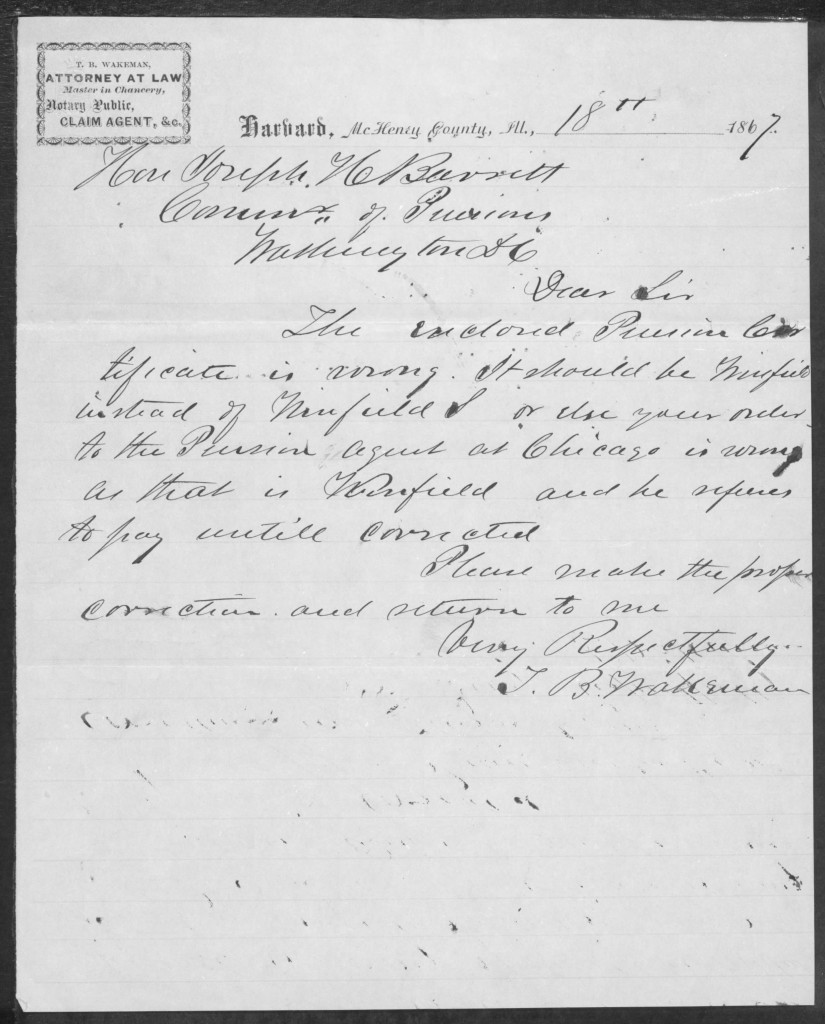 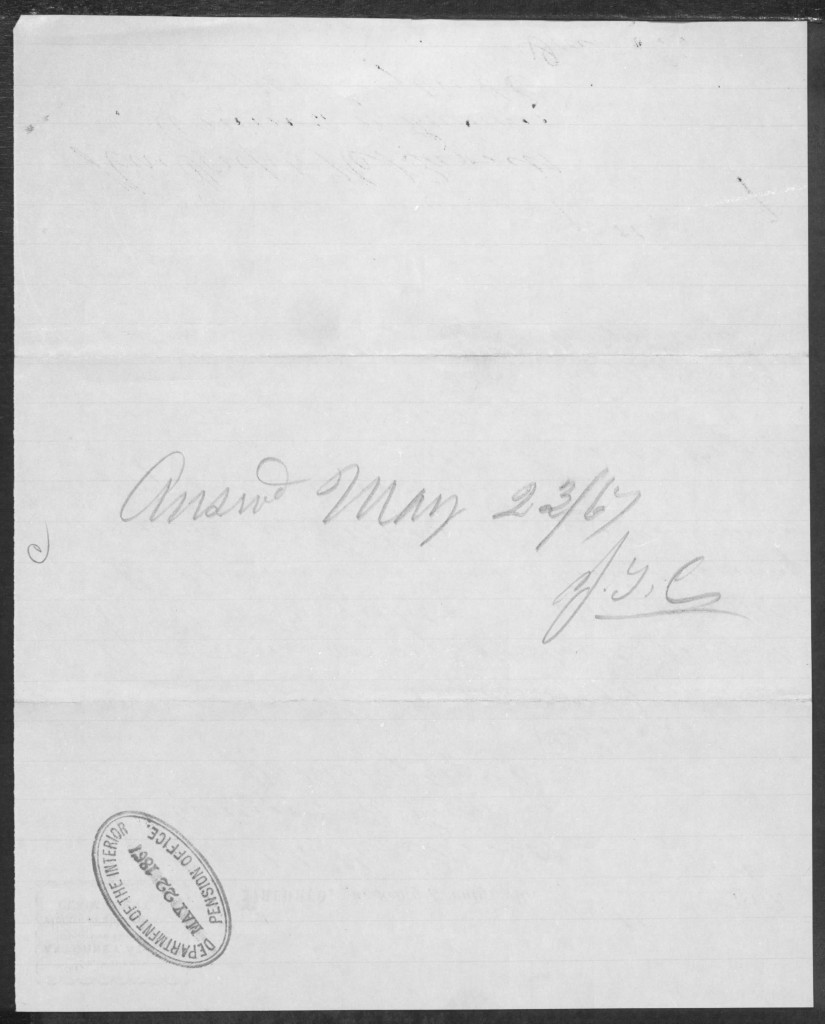 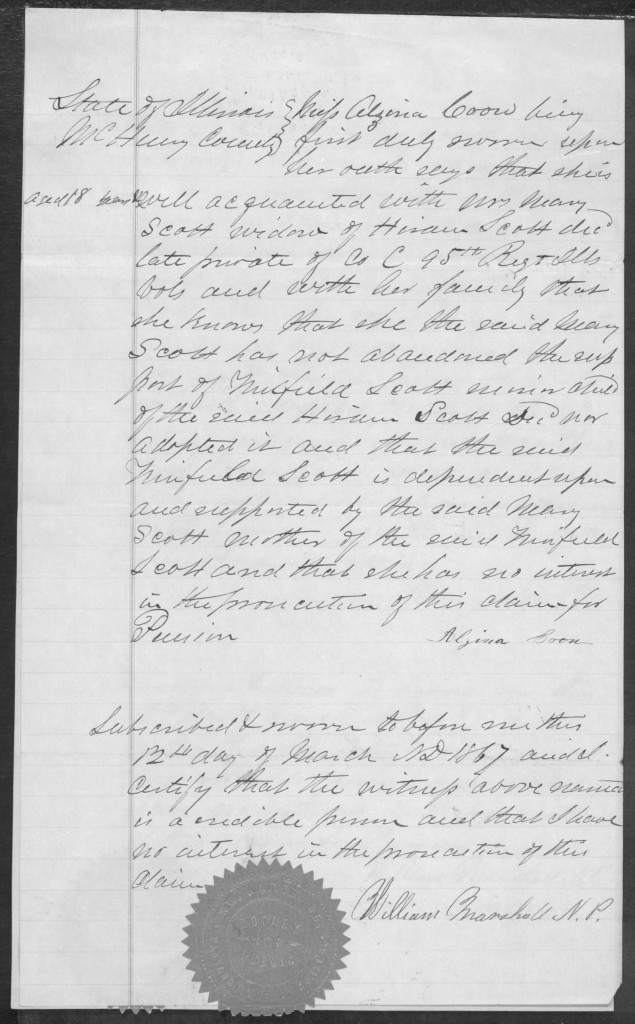 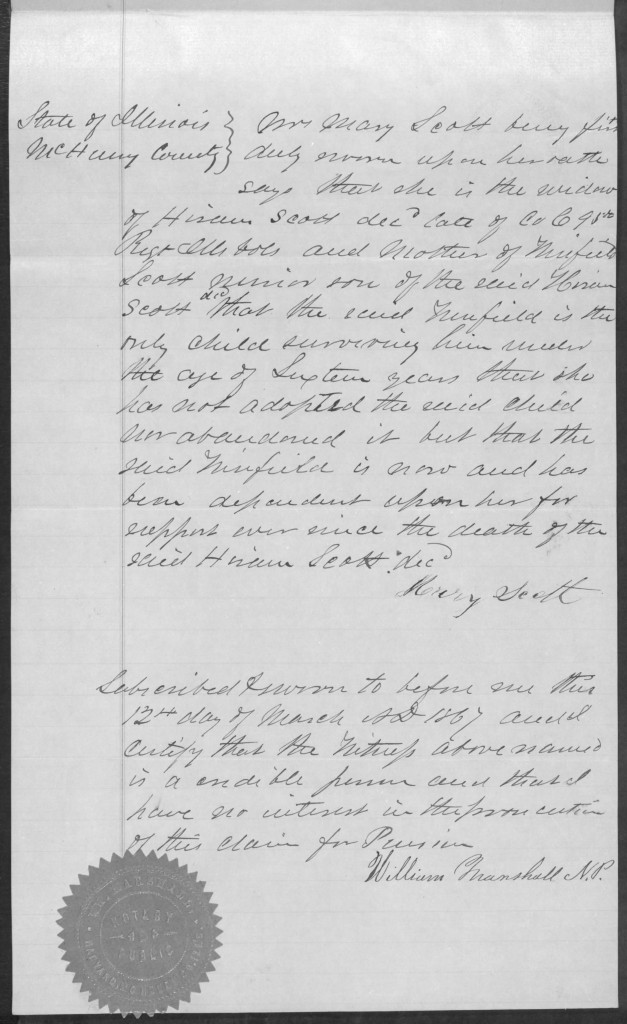 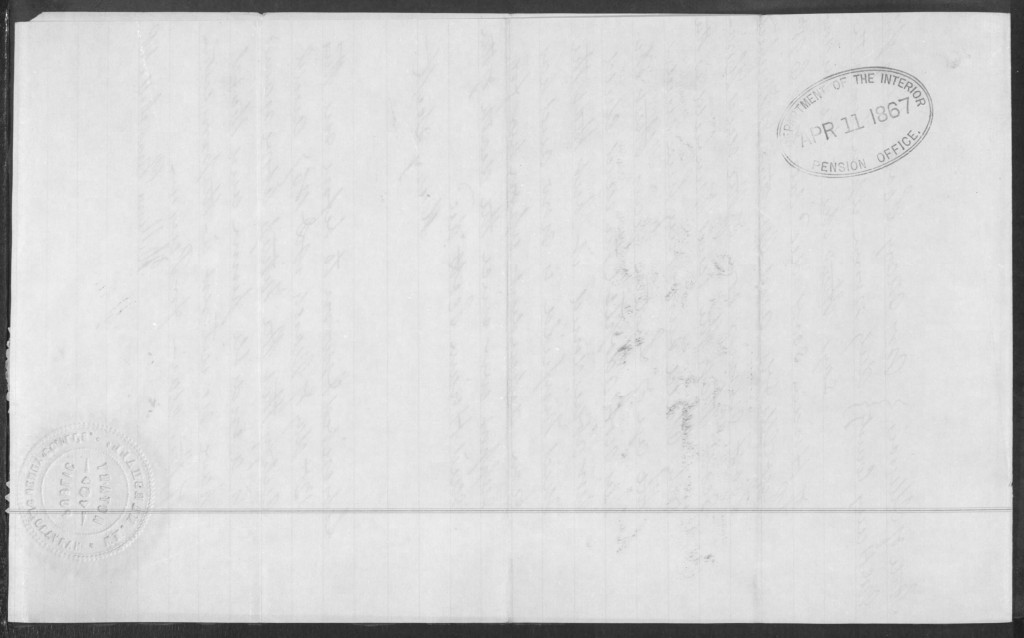