In previous posts, I’ve written about Horace Scott’s (my 3rd-great-grandfather) service in the Civil War, and discovering that his father Hiram Scott (my 4th-great-grandfather) enlisted as well, after Horace fell ill from tuberculosis in 1864. Hiram joined his son in Company C of the 95th Regiment of Illinois Infantry Volunteers, where he contracted and died of dysentery. From Hiram’s wife’s claim for her widow’s pension, I learned that Horace had a younger brother (Winfield) who was too young to fight in the war and who stayed home in Illinois with his mother.

While looking for more information on Horace and Hiram’s service in Company C of the 95th Regiment of Illinois Infantry Volunteers, I came across the Illinois Civil War database, hosted by the Illinois State Archives. Using this database, I discovered that there were not just two Scotts in Company C of the 95th Regiments, but four. There was also a 19-year-old Willard J. Scott and an 18-year-old James H. Scott. Were these yet more brothers of Horace? Scott is not an uncommon name, so I compared the details of the four records (below) to see if I could see any patterns.

Willard J. Scott was enlisted for three years’ service by L. Blanden in Harvard, IL, mustering in on September 4, 1862, at Rockford, IL—identical to Horace Scott. The only difference in their enlistment was that Horace enlisted two days before Willard. If they were brothers, having the older brother enlist first on Wednesday, inspiring his younger brother to enlist on Friday is a believable scenario. The youngest, James Scott, didn’t enlist until early 1864. Perhaps he was waiting to turn 18 to be eligible?

What other information exists that can support or reject the hypothesis that Willard and James were the brothers of Horace and Winfield?

According to these cards, Willard and James lived considerably longer lives that their potential brother Horace. Willard lived until July 19, 1899, and James lived until January 8, 1916. James’ card also notes that he died in Alden, the town where the other Scotts hailed from. 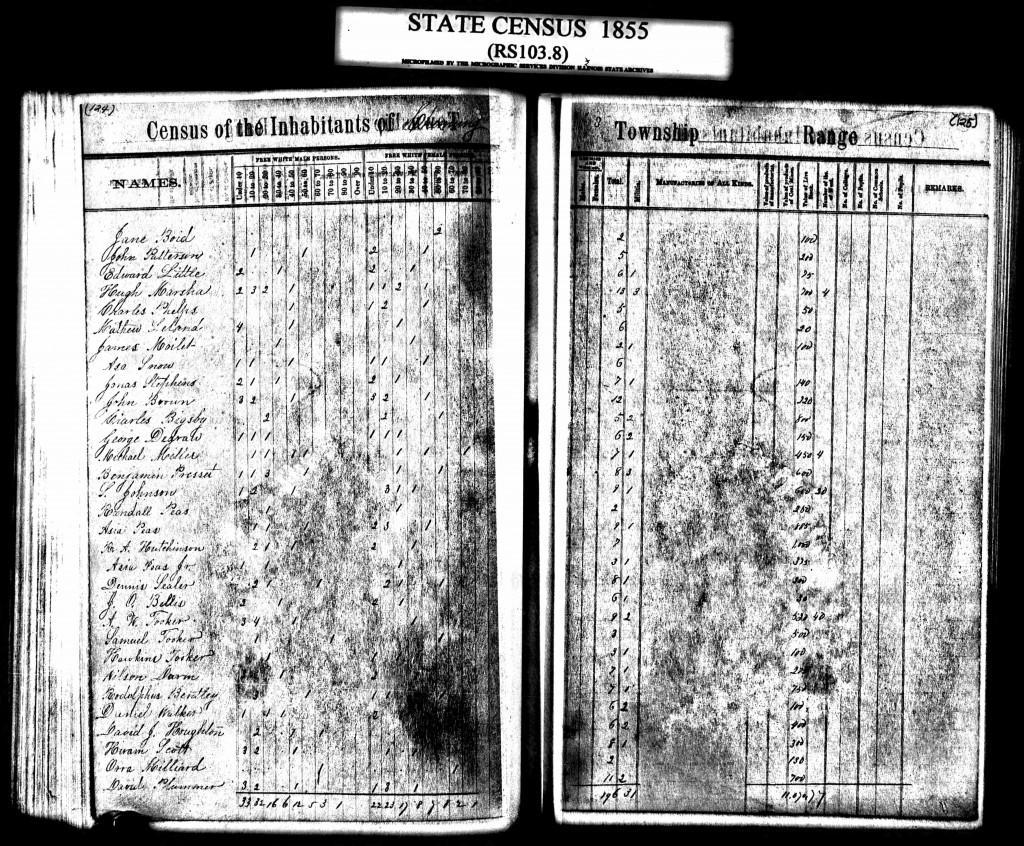 Hiram’s household is listed as having 8 members, one of whom (almost certainly Hiram) was in the Illinois state militia. The breakdown is as follows:

So Hiram and Mary’s family was indeed larger than I earlier suspected, and even if Willard and James are Hiram’s sons, there are still two Scotts left unaccounted for: a boy less than 10 years old in 1855, and a girl who was between the ages of 10 and 20 years old in 1855.

Still looking for evidence to definitively tie Willard and/or James to Hiram Scott’s family, I came across the Illinois Deaths and Stillbirths Index (1916–1947), which had this entry for James H. Scott:

This clearly states that James H. Scott is the son of Hiram Scott and Mary Millard, so James is definitely a brother of Horace Scott. But what about Willard?

The 1880 census (below) records that Willard J. Scott was born in New York state, of parents who were both born in Pennsylvania. Those facts are consistent with Hiram and Mary Scott as his parents. 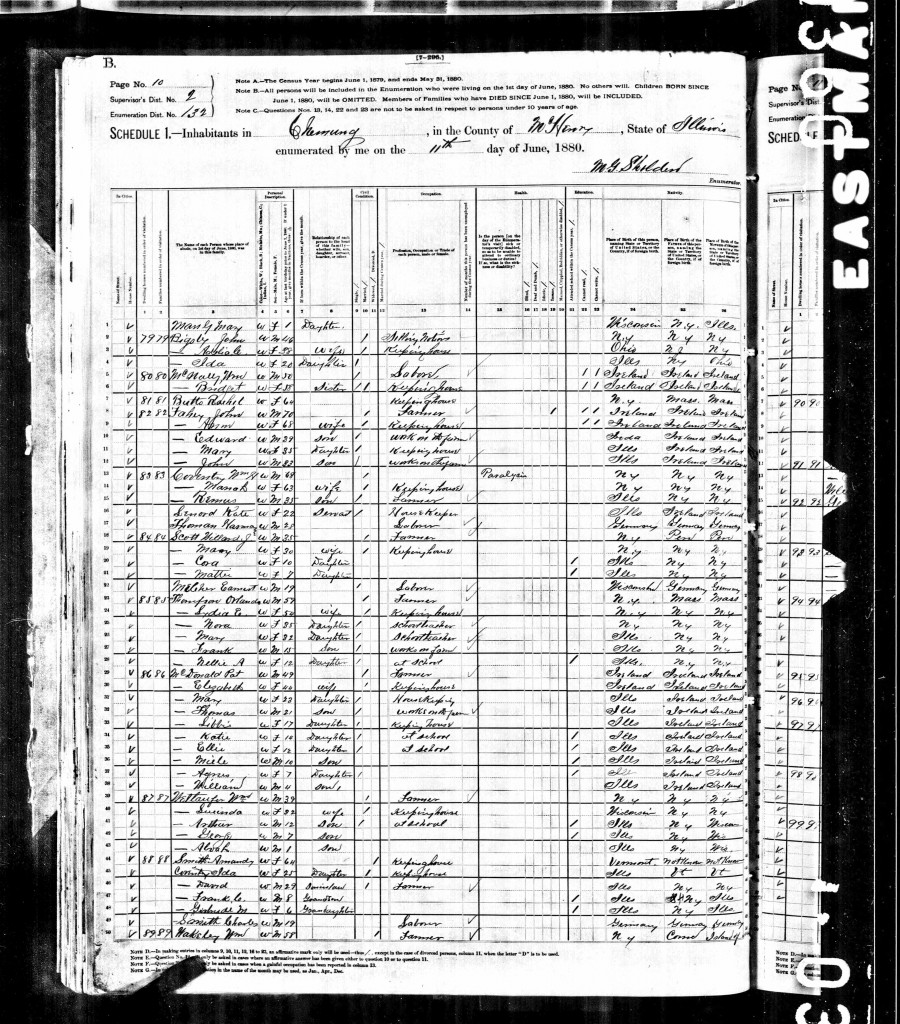 I tend to believe that Willard J. Scott was also Horace’s brother, but I haven’t yet found a definitive link between Willard and the rest of the Scott family. Plenty of circumstantial evidence, but not as satisfying as a solid link. I’ll keep looking. In the meantime, please feel free to leave a comment below.